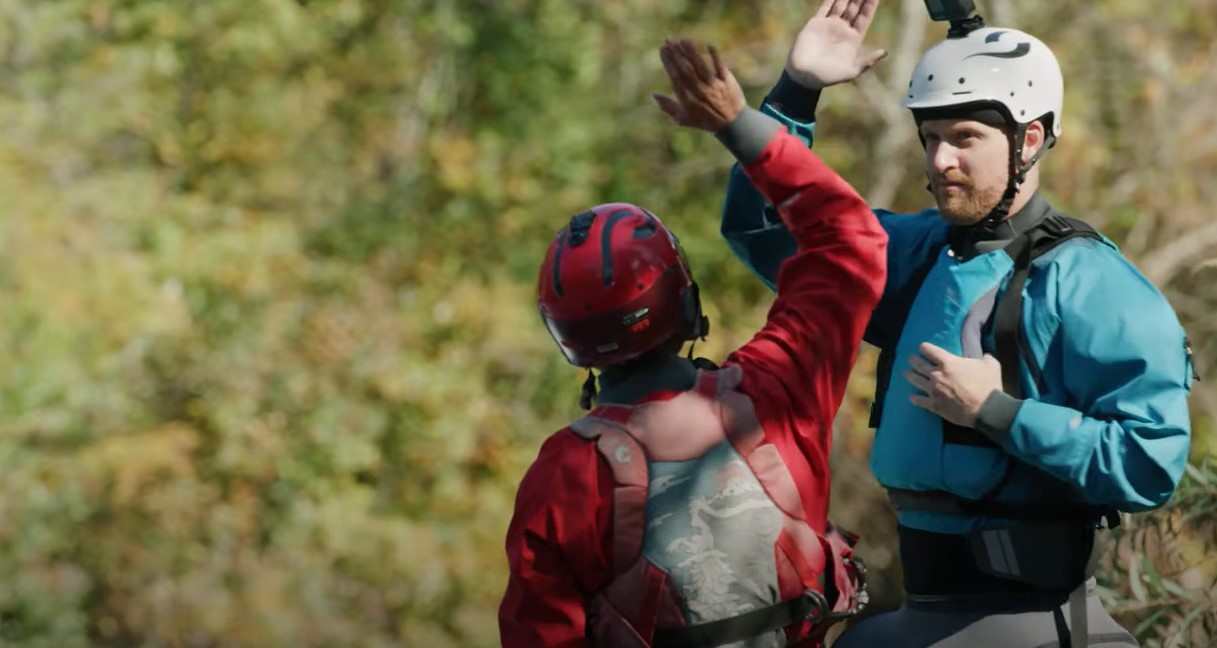 Tristan Bussell, 36, is crossing things off his bucket list after a grim diagnosis — and he’s starting with kayaking Husum Falls.

Before Tristan Bussell could pursue his dream of kayaking down one of White Salmon’s most notorious waterfalls, he had first had to learn how to kayak.

But you have to start somewhere.

So, Bussell teamed up with Rush Sturges, a professional kayaker of the same age. Sturges taught Bussell everything he needed to know (or at least everything he’d need to survive) to pursue that dream. And he does it all in just 3 days.

Sturges called it, “An ambitious goal.” But it had to be. Because Bussell doesn’t have much time left to check his bucket list items off. He needed to kayak Husum Falls sooner rather than later.

“Life is not promised to anyone,” said Bussell. “You need to do what you want to do, what makes you happy as soon as you can.”

In this somber yet inspiring film, Bussell is living life to the fullest before his memory starts to fade away due to early-onset Alzheimer’s. The same illness took his father, and once the doctors confirmed Bussell had the gene, he was informed that he has a nearly 100% chance of the same fate.

“Once I found out and knew that my life would be shortened, I’ve tried to travel more. I’ve tried to do bucket list type things,” Bussell said.

We can all learn from Bussell to start living life to the fullest. Because no one is promised tomorrow.

‘How We Go’ Sea Kayaking, With Paddling Guide Sophia Rouches