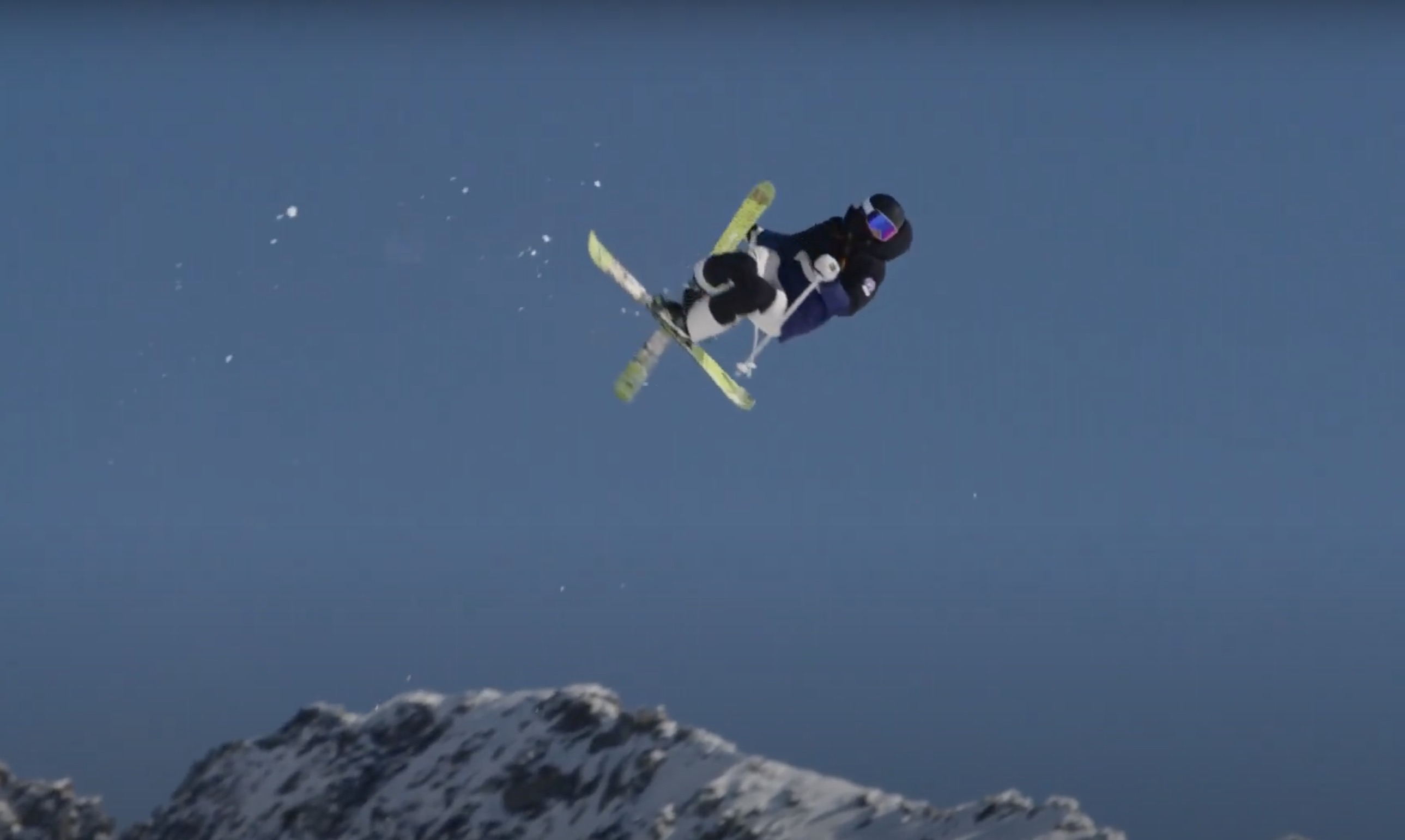 Kirsty Muir is on the come-up in women’s professional freestyle skiing. Watch her land her first-ever double cork 1440 (which she pulled off today).

That feeling of achievement you get when you land a trick you’ve been trying for a long time is hard to describe. Even sticking something as simple as a 360 or a side-grab is exhilarating — especially when you’ve been attempting it for weeks, months, or seasons.

But the feeling you get when you land your first double cork 1440? That feeling of achievement is on a different level.

Eighteen-year-old Kirsty Muir knows. The professional Scottish freestyle skier recently landed her first double cork 1440 (a trick Eileen Gu became famous for landing at the Olympics in 2021). It was smooth, it was seamless — it was damn near perfect.

And you can tell from her body language in the video clip below that she’s totally stoked about it.

Muir has been skiing since she was 4 years old. Hailing from Aberdeen, Scotland, she lived close to a ski mountain and got plenty of practice, which amplified her natural talent. She loved jumping and being airborne. And at a young age, she was encouraged to get into freestyle skiing. When she did, it was like everything clicked into place.

Not only did Muir grow up skiing with her brothers, but when she joined the freestyle team at her local mountain, she started skiing with boys several years older than her. She says that pushed her to become a much better skier.

Today she’s still pushing it, traveling and skiing at resorts around the world, working toward someday competing in the X Games or Olympics (she was the youngest finalist in the 2022 Olympics Big Air event).

Third Time’s a Charm: Devin Logan on Being a US Olympic Ski Veteran, Skiing’s Future, and More