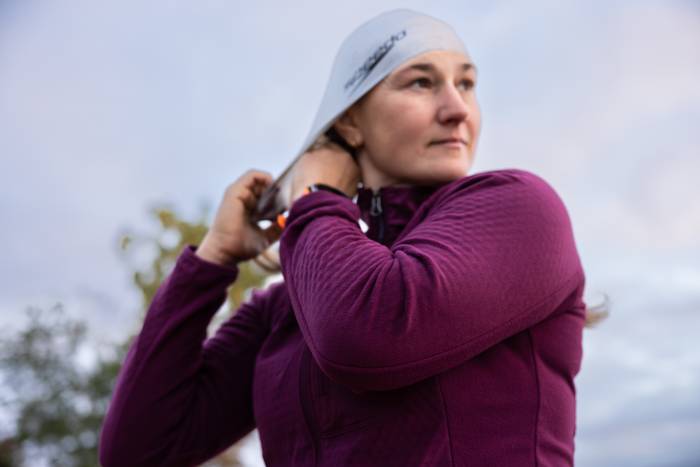 As someone who loves to swim in frozen lakes, Sveta Vold understands the need to stay safe and protected in all conditions.

When Sveta Vold first moved to America in 2011, no one here thought cutting a hole in a frozen lake, and swimming in it, was a sane idea. But in her home country of Belarus, it wasn’t crazy at all. It was normal.

Every winter, Vold watched her neighbor go outside and pour a bucket of cold water over his head. And her mother would swim in the pond behind their house until the ice got too thick.

We chatted with Vold to highlight the importance of layering in the cold as part of Columbia‘s celebration of the “Chillest Humans.”

And so Vold learned to love the cold. Every year, she spent at least 2 weeks on a winter camping expedition in the mountains of Siberia or Altai.

As the director of the Belarus Adventure Racing Federation, she and her friends were always looking for a new challenge. Around 2008, they formed a group called the Night Water Butterflies, who would ride bikes all winter night, then find a creek or lake or river to swim in at the end.

When Vold moved to America, she missed her winter swims, so she started her own chapter of the Night Water Butterflies — in Minnesota.

It was November when the first group set off across Minneapolis, ending their ride at a small lake next to the Mississippi River. Of the 10 people who rode, only two jumped in the freezing water with her.

Yet every winter, Vold kept swimming, and — slowly at first — the Night Water Butterflies grew. They would cut a hole in the ice on Cedar Lake in Minneapolis, then plunge into the dark water, reveling in the shock and adrenaline.

After swimming, Vold would wrap up in a full-zip jacket, like this one from Columbia, which is easy to put on after swimming.

Over the years, more and more people showed up, and they now count over 1,000 members who swim in three lakes around Minneapolis and a handful in other cities around the state. 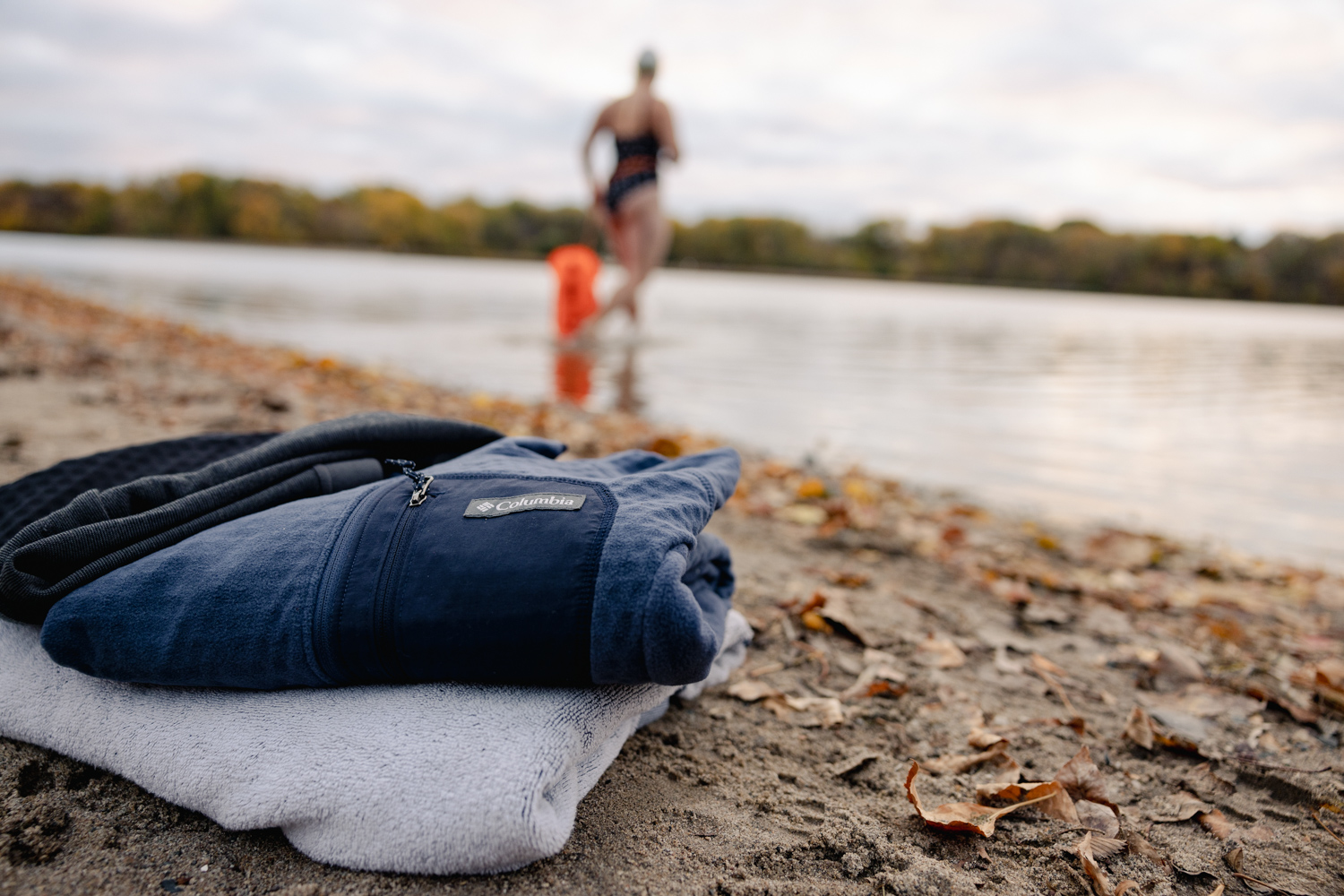 One way to get a huge adrenaline spike is by sawing out a section of a frozen lake and jumping in. But Vold is also well aware of how dangerous the cold can be — if you’re not prepared.

On one winter camping expedition before she moved to America, she got frostbite on her face. On another, she didn’t listen to her instructor.

“He said my boots were too small. And I said, ‘No they’ll be fine!’ Then I got frostbite on all toes, but my big toe was the worst,” she told us.

Vold made an excruciating 4-day walk back to civilization. By then, the frostbite was severe.

It was on those trips that Vold learned the importance of layering for warmth.

“For me, it’s critical outdoors to have gear that keeps me warm and lets my body breathe, which is what the Helix fabric does,” Vold said.

“You put on a thermal layer, then clothes, then a fleece, then a membrane,” she noted. “And don’t put a rain jacket on because it’s not breathable, and you will have ice between your layers.” 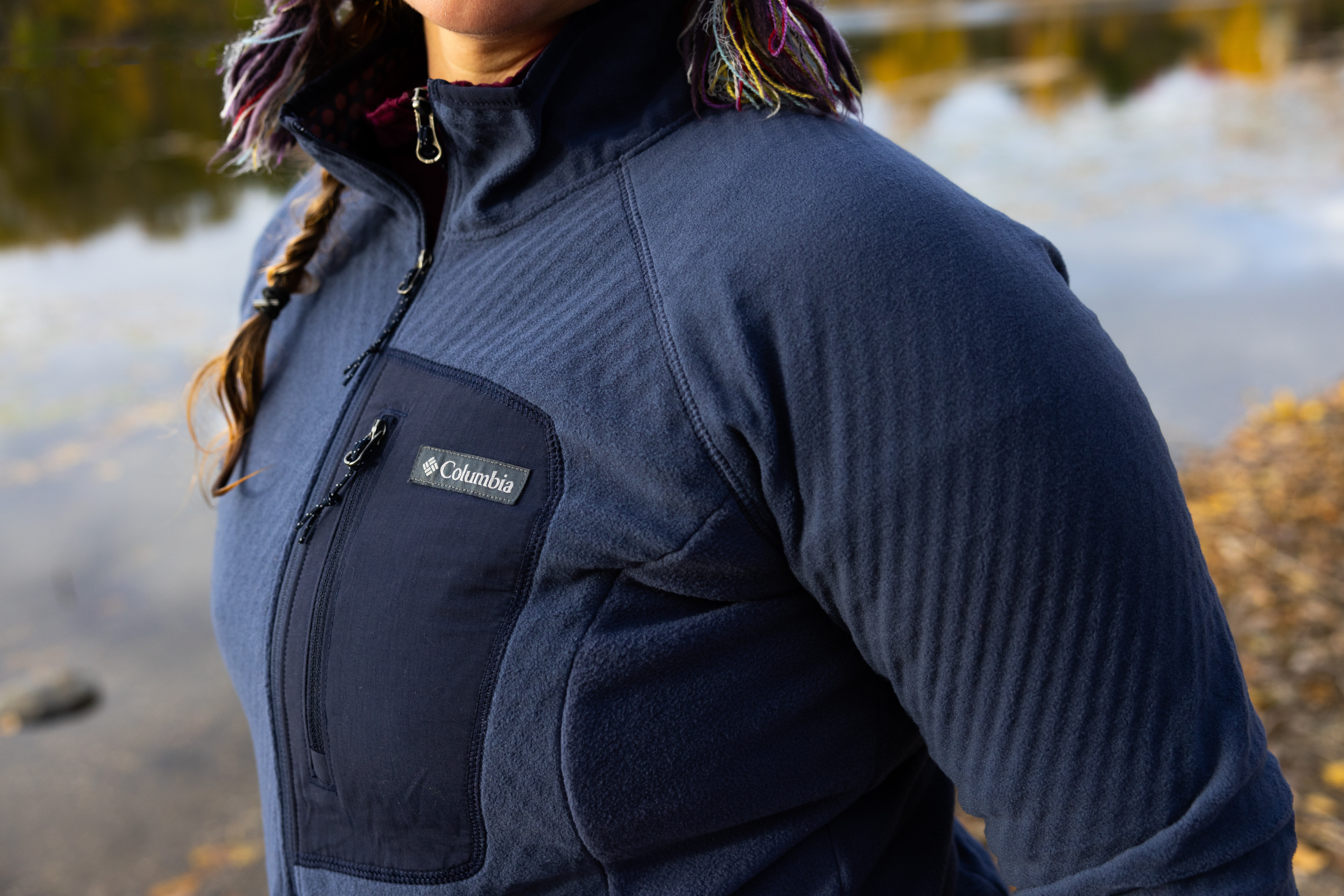 This layering principle is precisely what Columbia Omni-Heat Helix technology rolls into one layer: It doesn’t retain moisture, but it will retain heat.

While she may not have had Omni-Heat Helix in Siberia, Vold is well-acquainted with the brand.

She said, “In Belarus, we have Columbia stores. I’ve always had Columbia gear, and it’s worked perfectly.”

When Vold left Belarus, she had to leave many of her possessions behind. But in the hopes of still doing the things she loved most in winter, she packed her bike helmet, her backpack, and her Columbia fleece.

Fortunately, the outdoor culture in Minnesota proved fertile ground for her passions.

“I will use the Helix leggings for hiking and for biking for sure,” she said. “I love running, hiking, and biking, and all of them need a little different combo of layers. The main thing is that your body can breathe and keep the right temperature.” 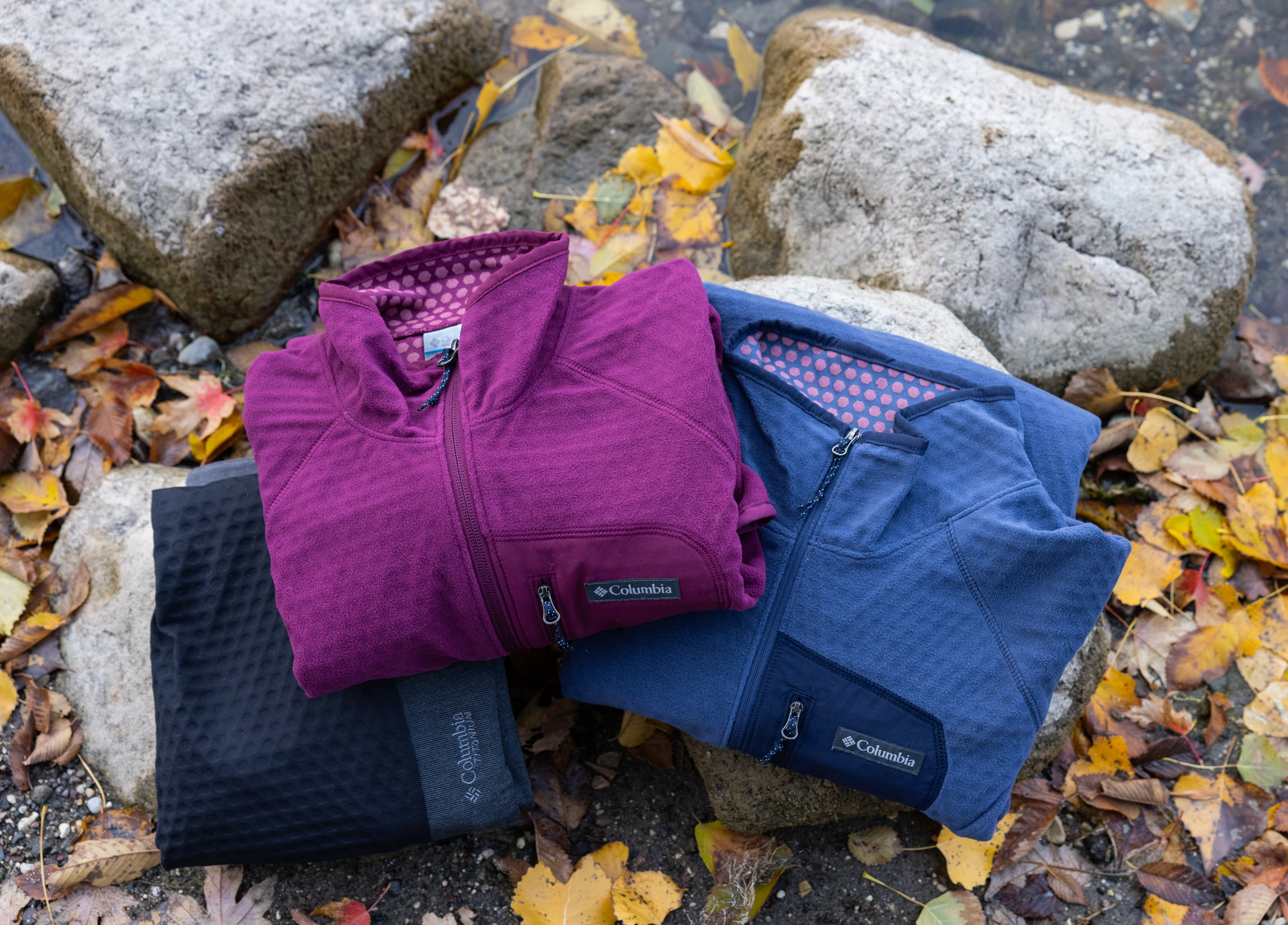 Meanwhile, the cold-water community she founded continues to grow. Every Sunday at 9 a.m., anywhere from 10 to 20 people (more if she brings her portable sauna) meet at Cedar Lake to swim. Sometimes they swim on weekdays too.

“Lots of people swim a few times during the week,” she said. “And every Sunday we have a few new people.”

As her cold-water movement continues to grow, Vold, a certified EMT, keeps a close eye on newcomers.

“If I see the blue lips, I say, ‘Hey, your body says you’re done. Another time, you can go longer. But today it’s a sign not to play games.’”

The cold may have cost her some pain, not to mention a piece of her toe, but she still loves it as much as ever.

“The cold is your friend,” she affirmed. “If you know how to build friendship with it, it helps build a strong immune system. It can be your safety tool if you fall through the ice or are lost in the woods. But you have to know the rules. You have to know what you can do and what you can’t do. And you have to prepare your body for it.”

The Best Winter Running Shoes of 2022

From mud to snow, we found the best winter running shoes for 2022. Read more…

Winter Ultra Racing, or ‘Confessions of a Human Sled Dog’