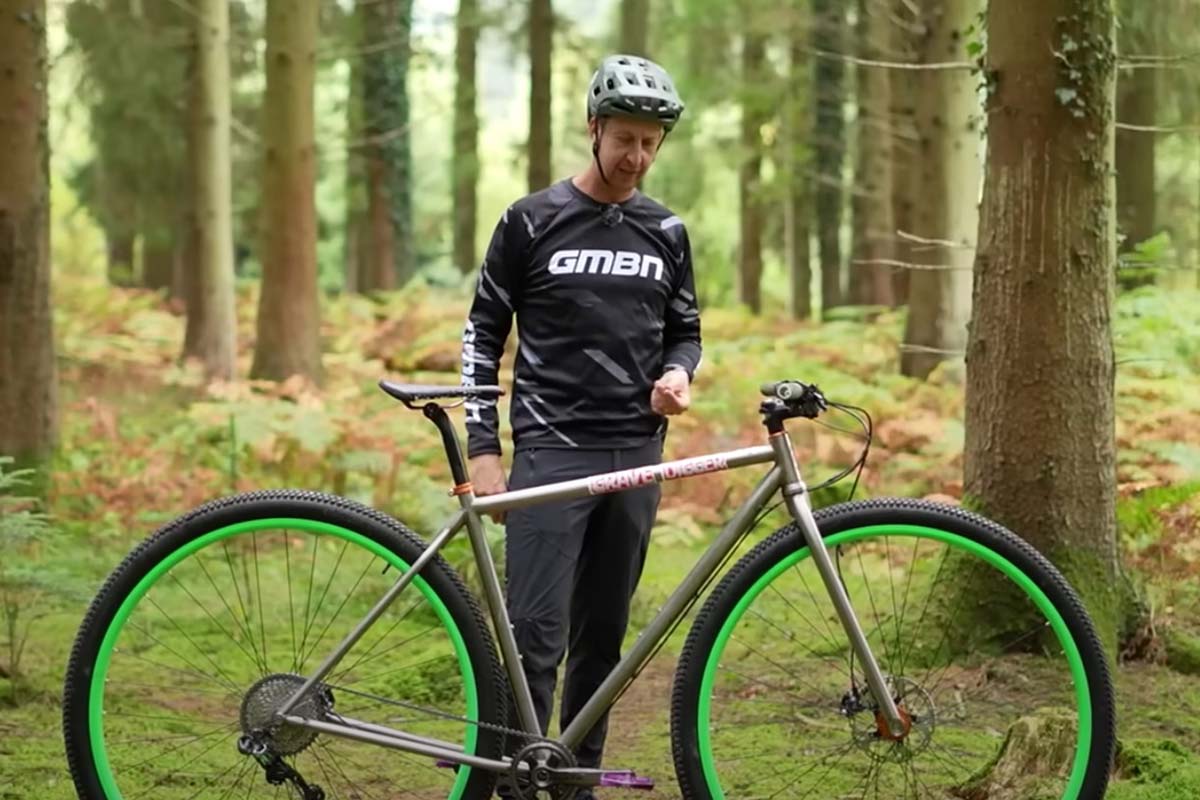 Did you think mountain bike wheels would top out at 29 inches? This one-off build from Ted James Design begs to differ.

There’s plenty of debate out there about ideal wheel sizes for MTB.

But put all that aside for a moment, and it’s hard not to appreciate this insane design. Ted James Design created this custom-made, titanium bike for cyclist Connor Dunn.

Dunn is about as tall as the nightmare creature from “Alien,” says Andrew “Doddy” Dodd, the presenter for GMBN Tech.

“He’s a man who’s so tall he has to fold himself through any doorway — a little like the alien when it’s chasing Sigourney Weaver, in fact,” Doddy says.

Paired with such a large human, the bike actually looks reasonable, which attests to the idea that perhaps MTB design depends as much on the individual as past standards. With its huge size and neon green accents, it’s appropriately named “Grave Digger,” after the monster truck.

“I suspect it’s going to roll over things just like a monster truck does,” Dodd says.