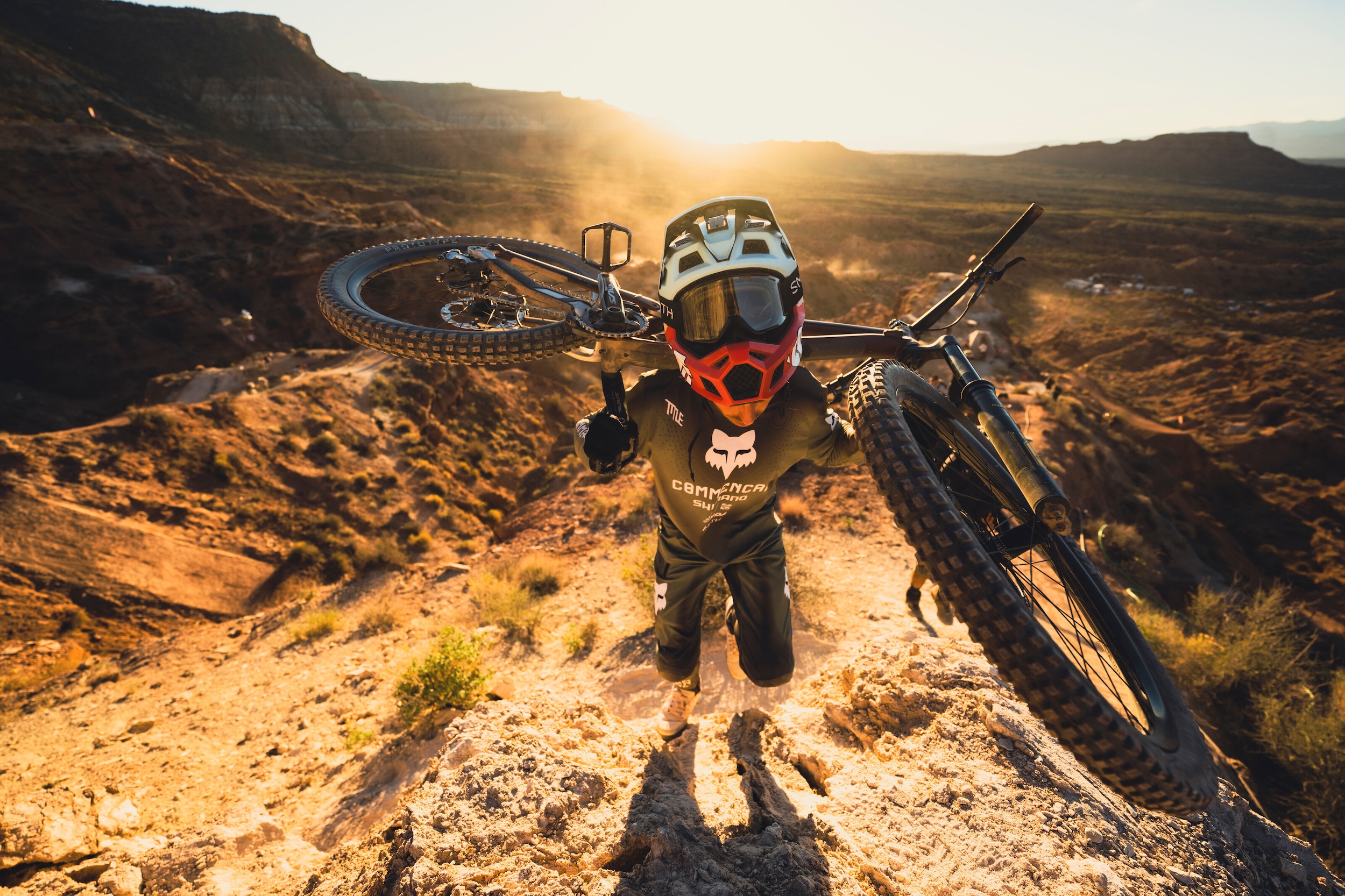 When Brandon Semenuk finished his run at Rampage, the crowd awaited a drawn-out scoring decision.

Little did they know, they’d already seen the year’s last snippet of Rampage action. What had been a calm day packed with dense riding soon turned windy, and riders looking to make a second run stalled above at the starting platform.

As the wind socks stood straighter, Jumbotron footage showed it was only worse at the top. Jaxson Riddle’s bleach-blond hair blew wildly, and riders’ jerseys rippled while they did push-ups to pass the time.

Soon, race officials called the event — and a win for Brett Rheeder.

Rheeder’s run, technically tight and consistent, earned him a big win in what’s been a successful year. A minor knee injury last September kept him out of Rampage in 2021. But he came off the sidelines hot this year, winning September’s Natural Selection Proving Grounds.

After the win, Rheeder said a personal approach that emphasizes taking the perfection of pressure off himself keyed the win. That and close, dedicated teamwork with his diggers — Phil McLean and Austin Davignon, who won the 2022 Digger Award.

“We worked really hard. We spent all of our energy building this line and we were still trying to fix and make the last jump rideable this morning. We ended up with a really original line, and building it all on our own because we couldn’t find anyone to team up with.

“I didn’t hold the pressure of needing to win the contest. I’m starting to play around with taking that weight off my shoulders and the last two contests that I’ve done, it’s seeming to work — and it’s way more enjoyable, too!”

Rheeder’s 90.6 edged out Symon Godziek, in second place with an 86.33, and Semenuk, whose trick-heavy run landed him with an 84.

Godziek fired up the crowd the most of any rider all day with a 360 drop-in to a backflip over the notorious canyon jump — a 75-foot gap. Throwing the tricks back to back meant defeating a nearly impossible challenge of keeping enough speed to make both the jump and the backflip.

The long deliberation over Semenuk’s run drew widespread boos at the finish corral. No other rider dared try his drop-in, straight down the main chute off a caveman (which won Best Trick).

Elsewhere, local Jaxson Riddle (who won the Style Award) lit up the crowd with his motocross-style tricks. He landed more tricks than any other rider in the upper bowl with a saran wrap, a heel clicker, and a stalefish. And Cam Zink, fresh off a nasty crash in Thursday’s practice, took a more subdued line, won the Toughness Award, and finished tenth.

“I’m pretty sure I broke my foot [in the crash],” Zink told me on the walk down from the podium.

Reed Boggs and Thomas Genon punched their tickets to Rampage 2023, in fourth and fifth.