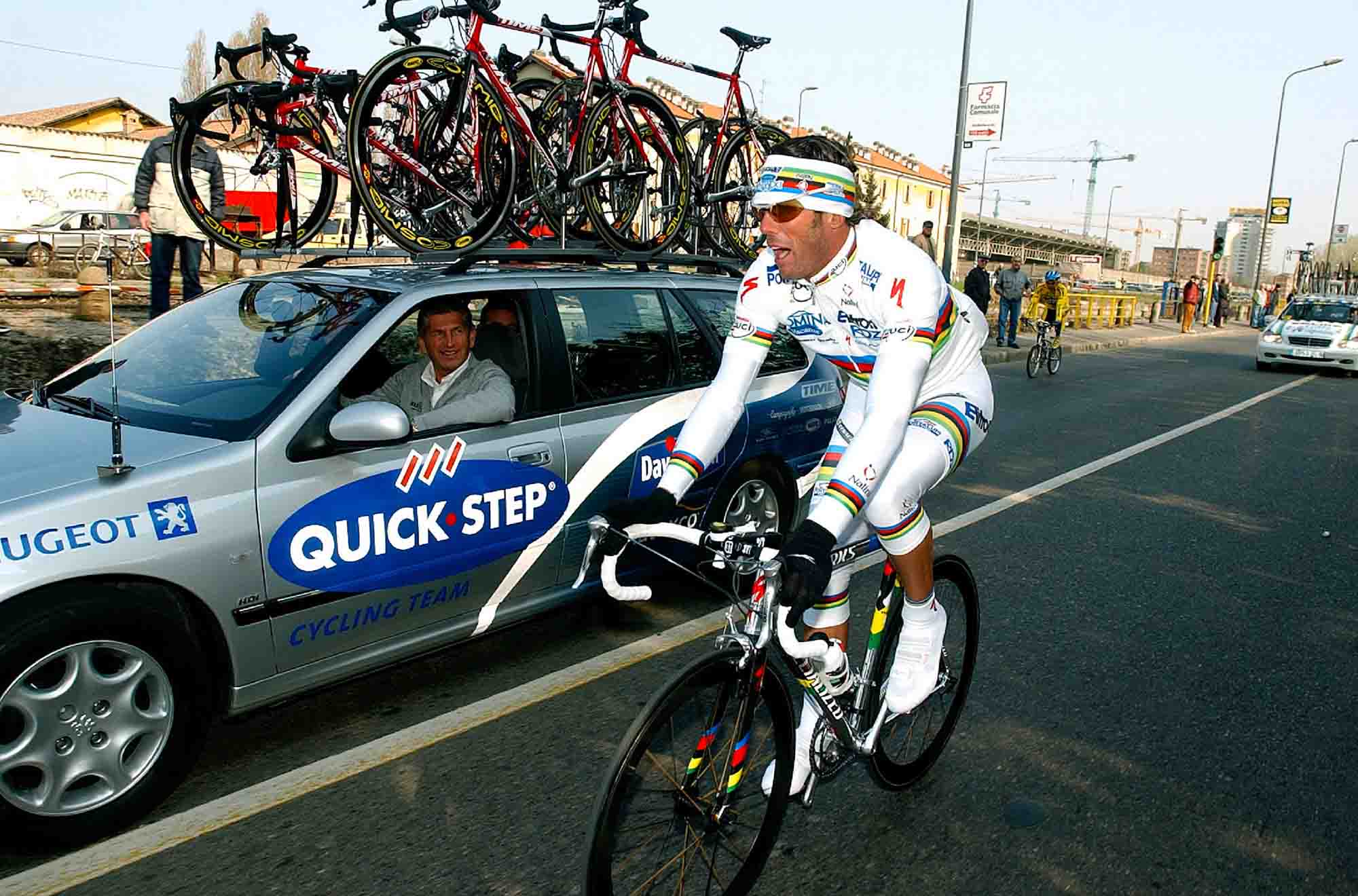 The retired Italian road racer will face prison time and a hefty fine for ‘a series’ of violent acts against his ex-wife and her current partner.

Italian media reported Monday that cyclist Mario Cipollini will spend 3 years in prison and pay €85,000 for his violent behavior.

Cipollini was convicted of injuring and threatening his ex-wife Sabrina Landucci and her current partner Silvio Giusti, Gazzetta reported. The case began in 2017 when Landucci filed a complaint against the former pro cyclist.

Cipollini allegedly committed “a series of acts that damaged the physical and mental integrity of his ex-wife with punches, slaps, kicks, with injuries and death threats,” Gazzetta reported.

“I’m happy, justice has been done, they were difficult moments, but now I can see some light,” Landucci told Corriere Della Sera.

A former professional cyclist, Cipollini earned the nickname “Lion King” for his speed and stamina. After winning many competitions, including a World Championship in Belgium in 2002 and Tour de France stage wins, he officially retired from cycling in 2005.

“During his extraordinary career, in which he was victorious in each of the 17 seasons he competed, he had 189 victories, earning the reputation as the strongest sprinter of all time,” his website says.