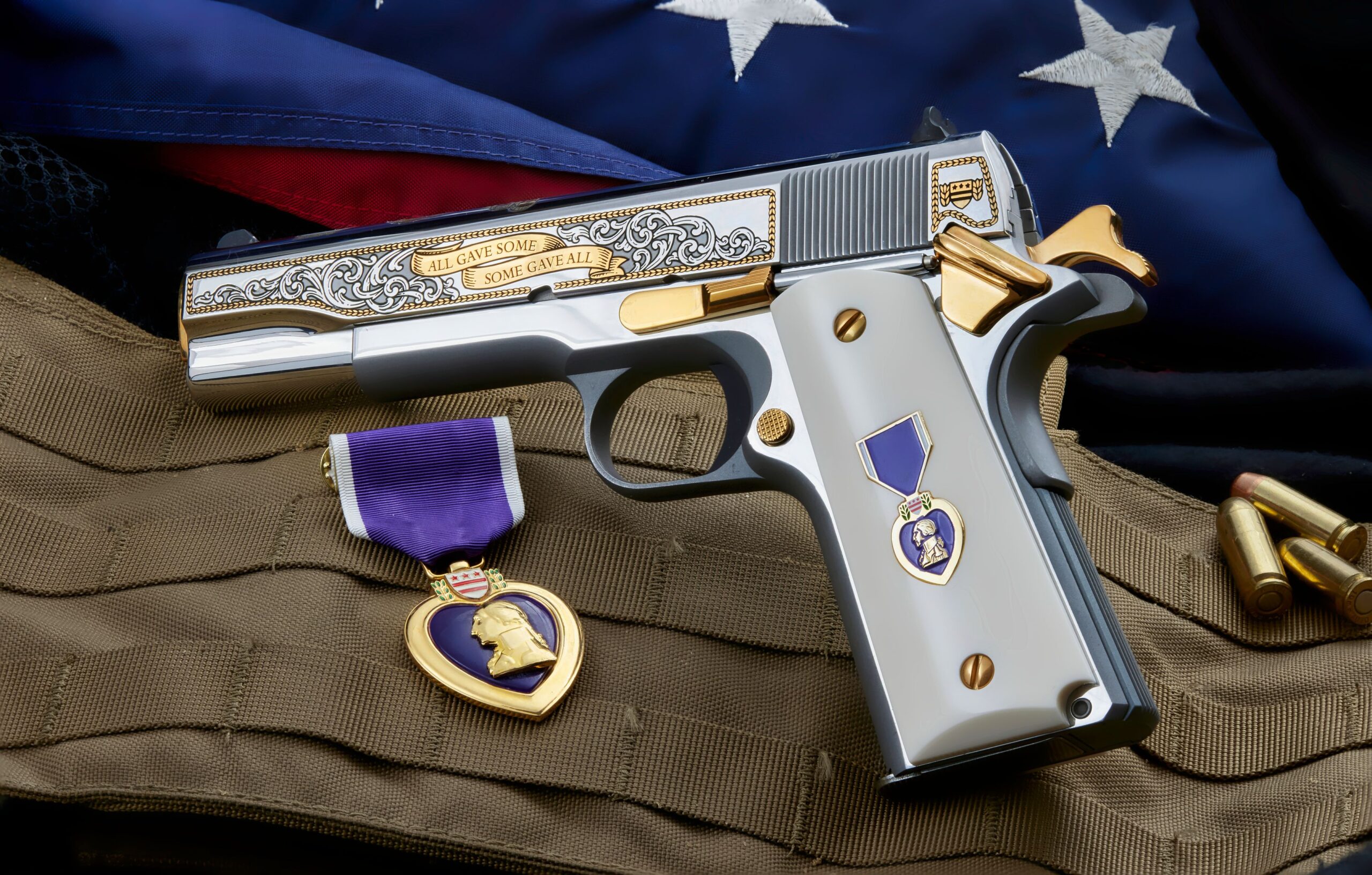 When it comes to medals awarded to members of the armed forces, few are as well known as the much venerated Purple Heart. The Purple Heart is awarded to those who have sustained injuries caused by the enemy while serving in the U.S. Armed forces. SK Customs has announced their partnership with two different charity organizations as well as the pre-order availability of a new Purple Heart-themed Colt 1911 handgun which will serve as a means to generate money to support these two charities. 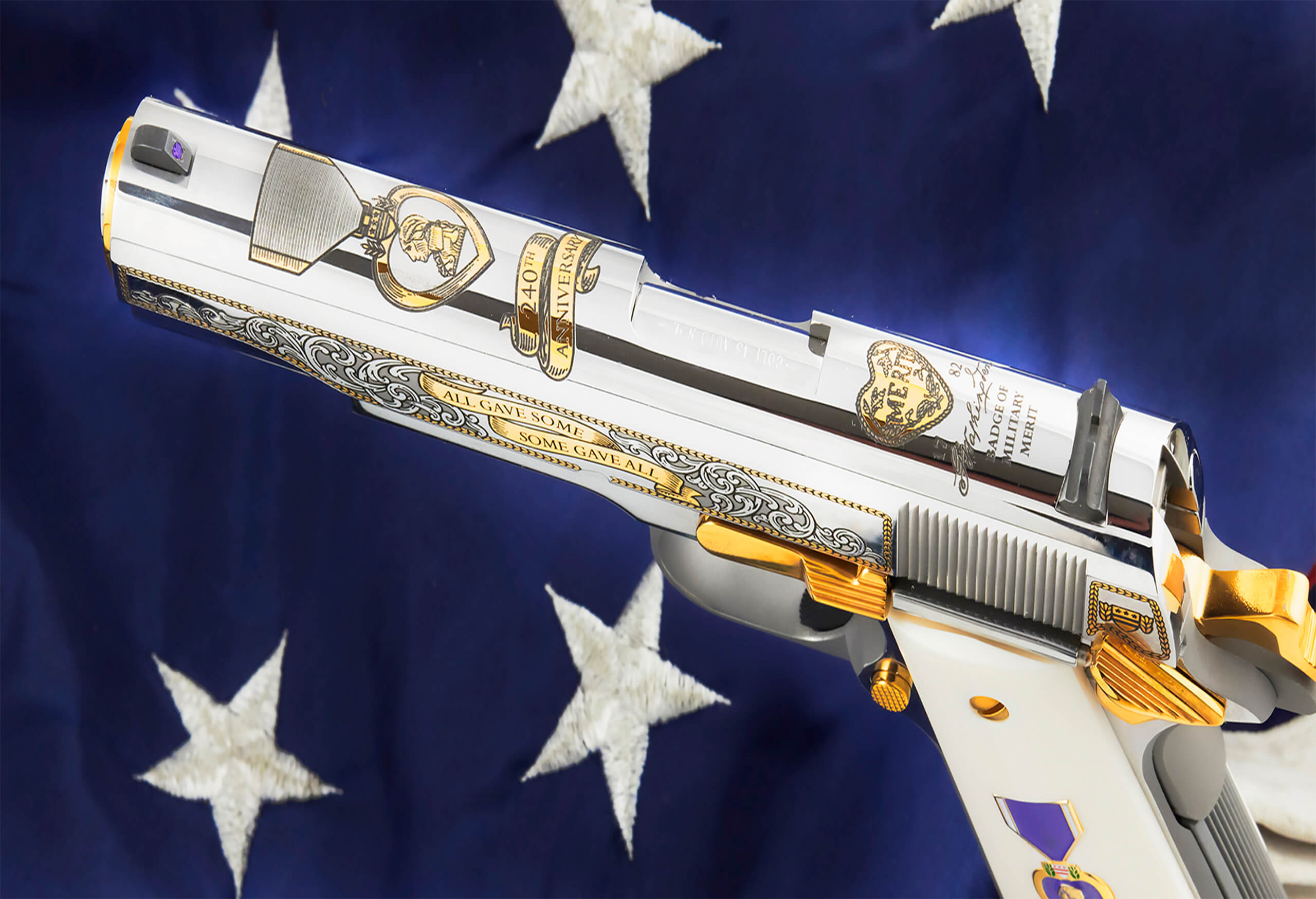 “We commemorate our nation’s heroes who have served and sacrificed their lives for our great Nation,” said Khiabani. “I am elated to pay tribute to those have served by releasing this stunning limited-edition firearm and our SK Give Back initiative.

Highlights of the Custom Colt 1911 Series 70 include: 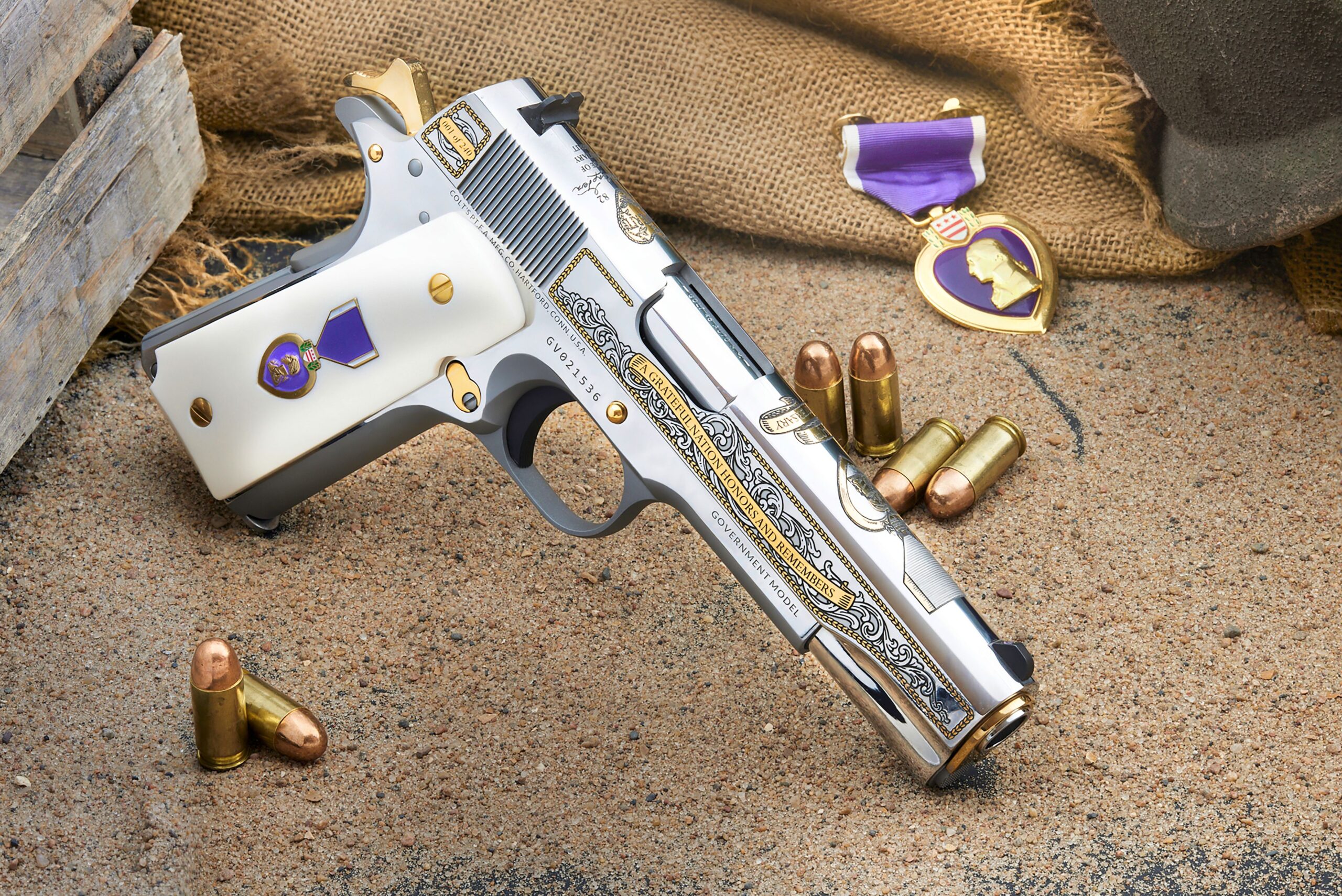 Each handgun will be a custom Government Model Colt 1911 Series 70. For this project, SK Customs has partnered with Purple Heart Homes and Purple Heart Integration Project to donate a portion of the proceeds raised by sales of this pistol to benefit each organization. In addition, SK Customs will also be donating one pistol to each organization for use in their own independent fundraising efforts. If you’re interested in picking one up, the pistols will sell for a price of $2,900 and will begin shipping in Q4 of 2022. For more information, you can visit http://skguns.com. 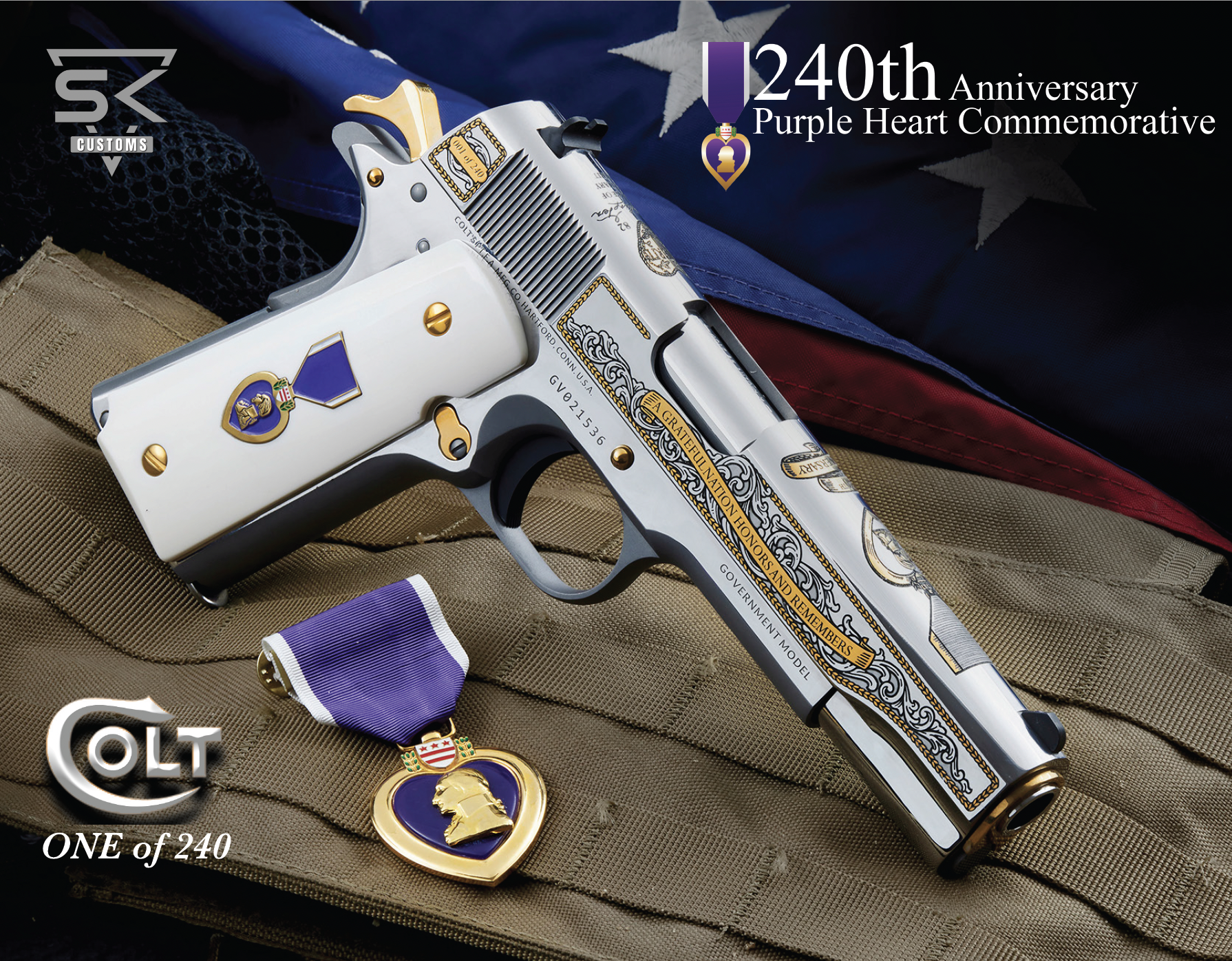 In addition to these features, each pistol will also be accompanied by an uncirculated West Point Minted National Purple Heart Hall of Honor 2022 Proof Silver Dollar with the West Point “W” mint mark and a certificate of authenticity singed by the Director of the U.S. Mint. 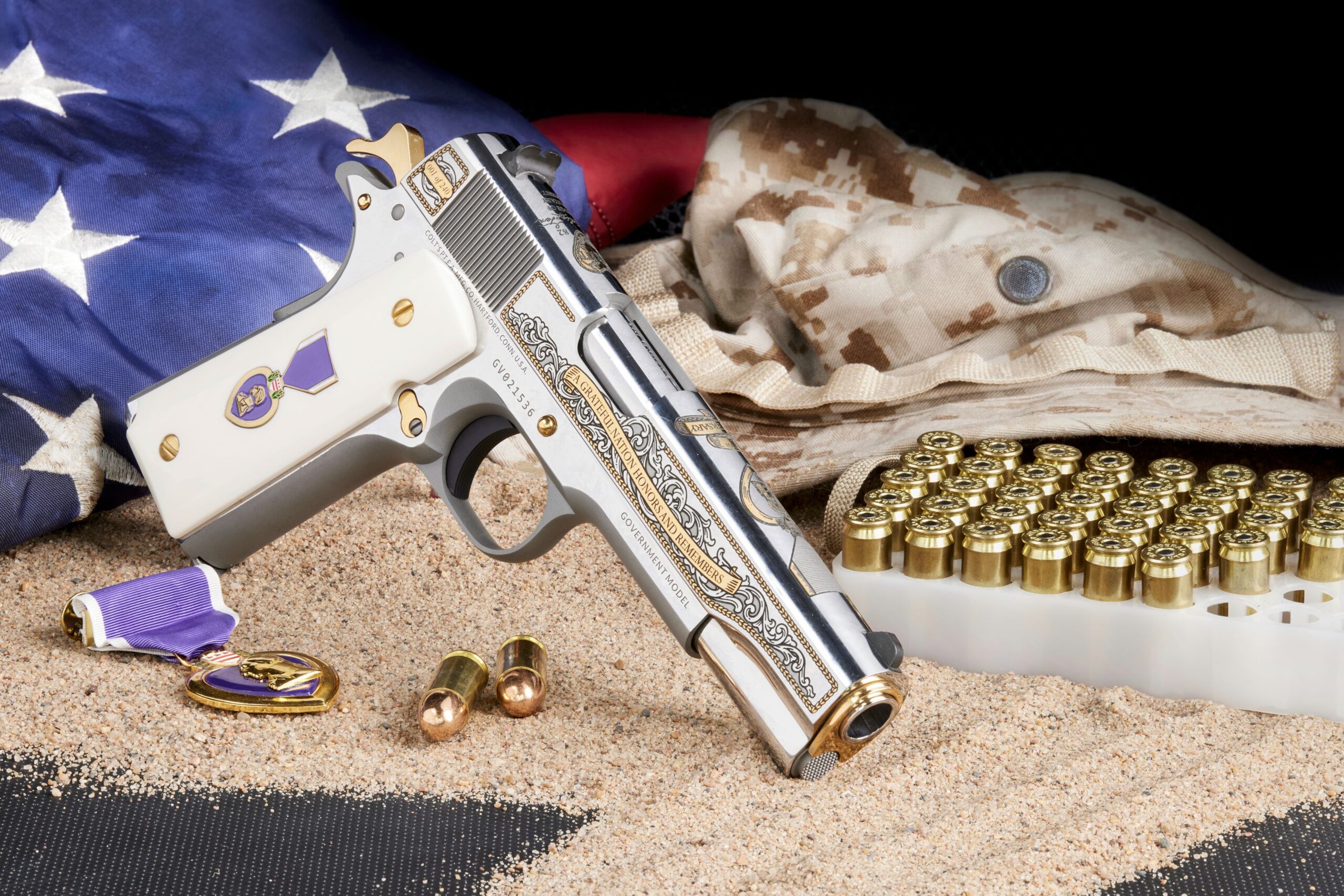