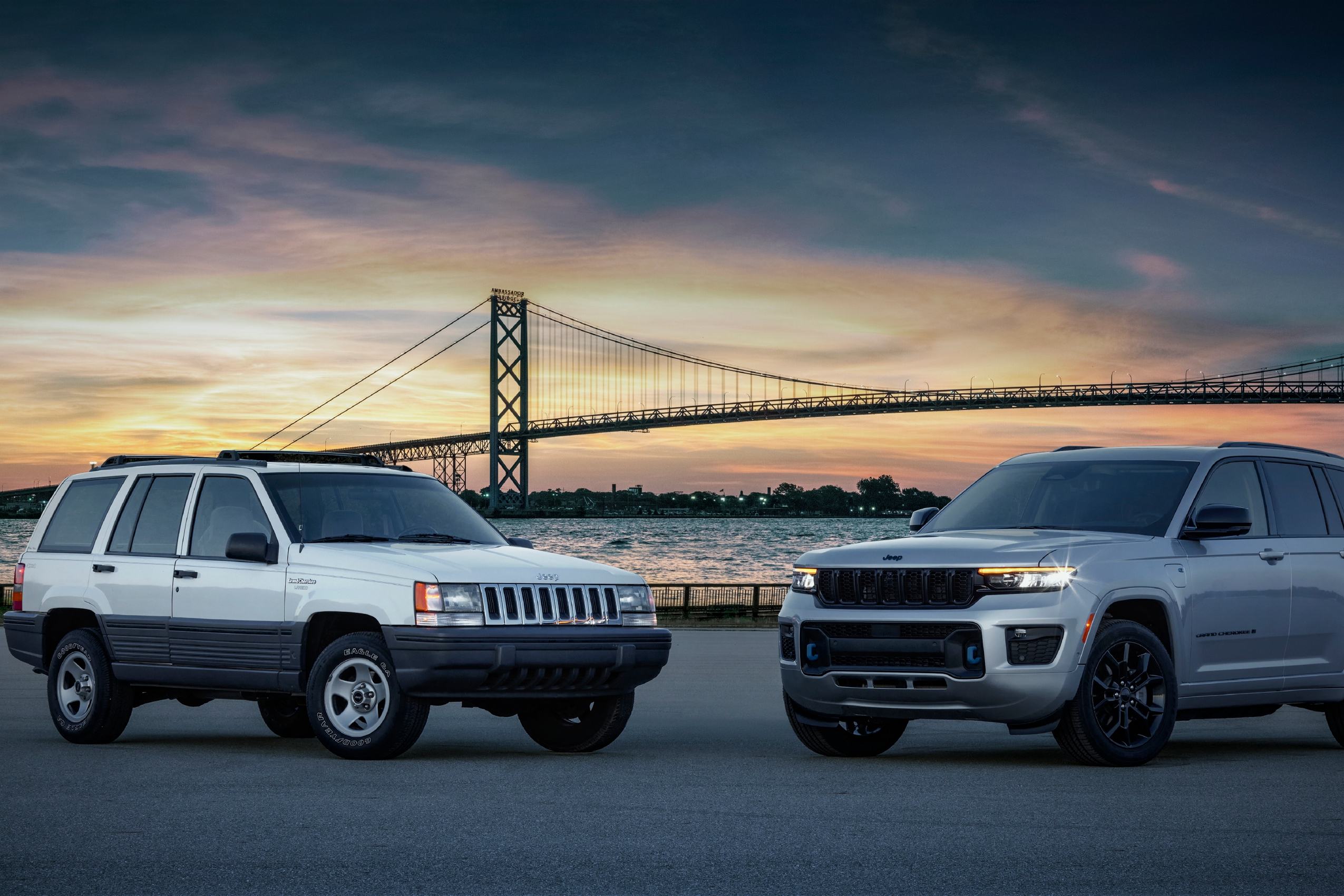 After 30 years of Grand Cherokee, Jeep feels a bit of a celebration is in order.

Thirty years ago at the North American International Auto Show in Detroit, Jeep launched a revolution. Bob Lutz, Chrysler’s president at the time, with then-mayor of Detroit Coleman Young in the passenger seat, fired up the front steps at Cobo Hall.

Lutz drove the first Jeep Grand Cherokee through the front doors in a shower of glass that ensured everyone knew exactly what Jeep was doing: creating a vehicle segment that the company owns to this day.

30th Anniversary of an Icon

To celebrate 30 years since that event, and 30 years of the Grand Cherokee, Jeep is making a special edition. It’s based on a version of the vehicle that would have been unimaginable the day the original broke through that door.

30 is the Special Trim & Badges Anniversary

The 2023 Jeep Grand Cherokee 4xe 30th Anniversary Edition, a mouthful of a name too long for any badge, is largely a cosmetic exercise. Jeep fit 20-inch black-painted wheels, a theme carried on around the outside of this Grand Cherokee. The front grille is black, the window surrounds are black — you get the point.

Not all is a dark finish, though. Jeep has added body-color trim too: to the rear facia, the lower moldings, the door sill cladding, and the wheel arch flares. Because it’s based on a 4xe PHEV model, the tow hooks are electric blue. Jeep has fitted a special-edition badge to the hatch that shows the old and new models in silhouette.

Inside, Jeep has made it a little bit more special. The seats are black Capri leather and offer ventilation as standard. There’s a nine-speaker Alpine audio system, a wireless charging pad for your phone, and a 10.1-inch infotainment screen.

It’s not the parking sensors that are the tech unimaginable in 1992. It’s the 4xe powertrain. The same as the standard 4xe Grand Cherokee, it offers 375 horsepower and 470 pound-feet of torque from a 2.0L turbocharged four-cylinder combined with a pair of electric motors.

The 17.3kWh battery gives it enough electric power to run 25 miles without using gas. Of course, the special edition will have standard four-wheel drive.

When the original Jeep Grand Cherokee debuted in 1992 by famously crashing through the glass at Cobo Hall, it literally shattered expectations and redefined what a premium SUV could be. Three decades later and more than 7 million Grand Cherokees sold, the most awarded SUV ever is still forging new ground with the electrified plug-in-hybrid 4xe model. The Grand Cherokee 4xe 30th Anniversary edition underscores how far the Grand Cherokee has come and is yet another example of the Jeep brand’s goal to be the electrification leader in SUVs.

Order books open later this year, and Jeep expects the Grand Cherokees to start arriving at dealers in early 2023.