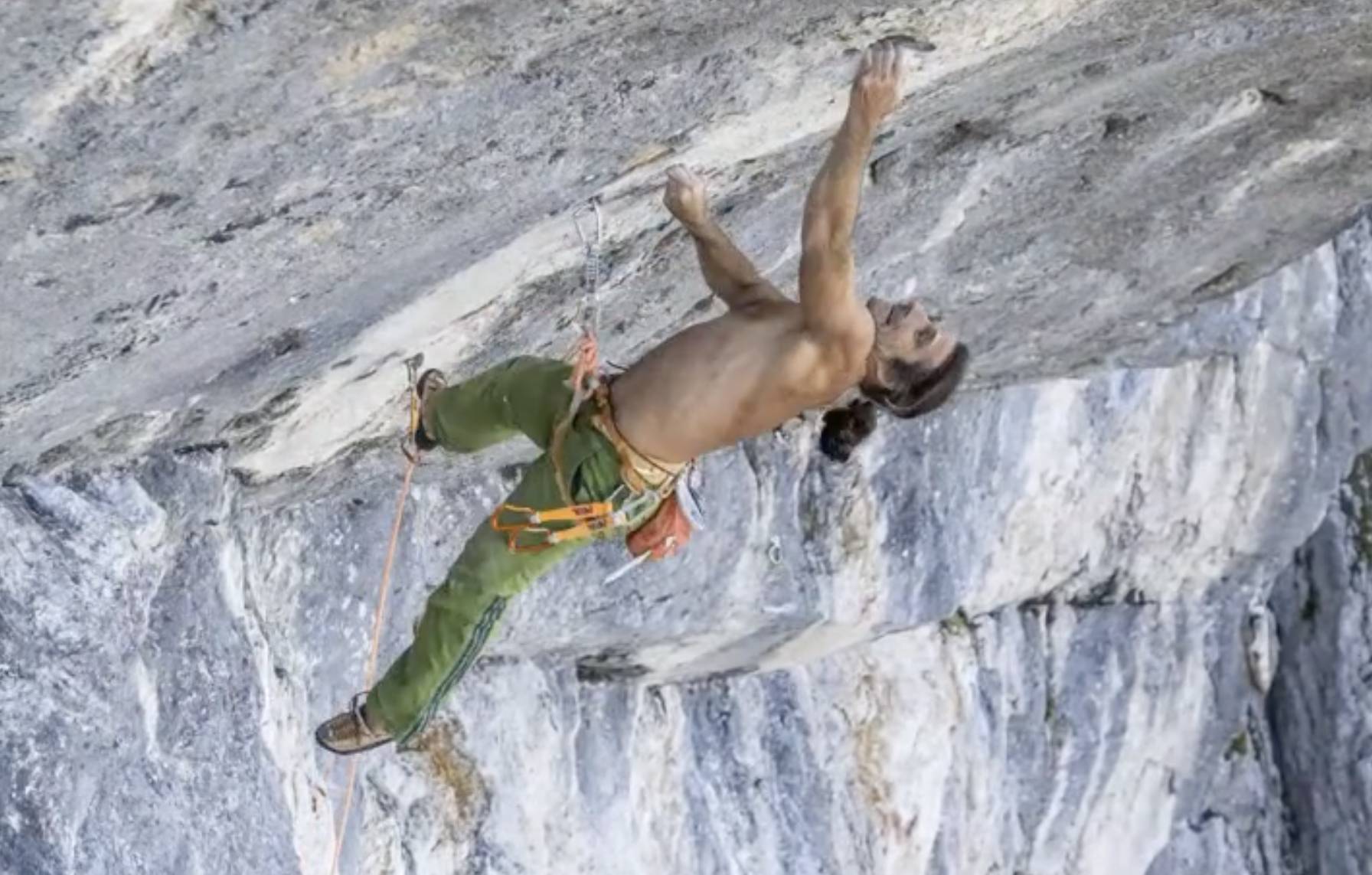 Alex Huber just established a six-pitch 5.14 climb in the Tyrolean Alps. Will the Huber brothers ever stop pushing their climbing limits?

Editor’s note: this article was originally published on ExplorersWeb.

The first time I heard the Huber brothers’ names, or saw their likenesses, was around a decade ago in a 1990s issue of Rock & Ice. The story was about a young aspirant’s first visit to Yosemite’s Camp Four. In it, Thomas was “throwing laps” on “Midnight Lightning,” V8 — bad to the bone at the time.

The caption of a thumbnail-sized photo of a young Thomas read, “Thomas Uber — er, Huber.” Thirty years on, that famous hardman status still scans, all the more so in the case of his brother, Alex.

Alex recently reported the first ascent of “Ramayana,” 5.14a/8b+, on the south face of the Steinplatte (6,132 feet) in the Austrian Alps. The six-pitch route on blue-streaked alpine limestone looks airy, steep, bold, and sustained. It gapes out from the cliff so steeply that you could be forgiven for thinking you were in a solar eclipse if you stood below it.

Huber redpointed it, as per usual, topless — his steely mane freely flow. He described the climb on Instagram with straightforward mountain sense and characteristic humility.

“Ramayana is a new, six-pitch long alpine climb in the Tyrolean Steinplatte which hosts many other alpine climbs like Nirwana, Sansara, Mauerläufer, Highway, and Feuertaufe. It’s basically a challenging route with high technical difficulties, but it also needs to be protected with removable gear,” he wrote.

He and Thomas have been schooling the climbing world since I was in diapers. In 1996, Alex posted the first ascent of “Open Air,” which many consider the world’s first de facto 5.15.

In 1998, the brothers unlocked the “Freerider” (5.13), which astonished every climber who thought along conventional lines at the time by becoming a relatively moderate free route on El Capitan. Many at the time thought you had to climb 5.14 or harder to have a shot on the Big Stone.

The planet is covered with the brothers’ first ascent fingerprints. The Trango Valley, Germany, Yosemite. You’d get the sense they were borderline bored with it if they weren’t still so productive.

In 2020, they hammered out a six-pitch 8b in Canada called “Siete Venas,” with a crux steeper than a Kilter Board at its most horizontal setting and holds very much farther apart.

True, Alex established “Ramayana” without his brother’s help (preparing and bolting it alone, on rope solo). But Thomas didn’t beg out due to laziness. In April, he and Pedro Odell went for broke on Patagonia’s massive Moonwalk Traverse (the Fitz Roy in reverse), and he’s stayed busy running filmmaking duty for him and Alex since.

How old are Thomas and Alex Huber? Who cares? Thomas is the singer in a performing rock band, for crying out loud. And there’s also the chance that the older they get, the bolder they’ll become. They’re on their way to India now, with a ton of first ascent gear.

According to Nietzsche, you can’t get more emphatic than “Uber.” But Nietzsche never lived to see the Huber brothers walk, climb, or crush the earth.