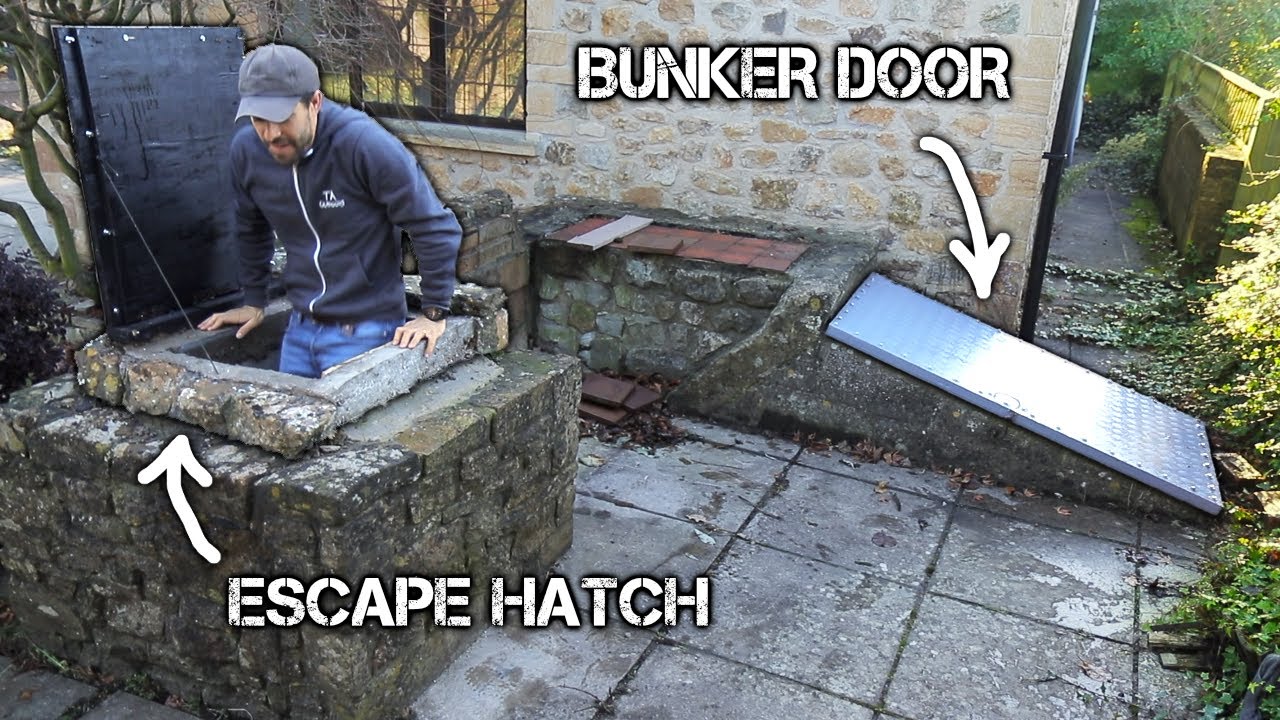 OUTDOORS
Share on Facebook
Share on Twitter
Share on Pinterest
Share on LinkedIn
I found an abandoned WW2 bunker in my back garden. I decided to renovate it. Here is the full bunker renovation video. When I looked back at the deeds of the 110 year old farmhouse, I noticed it had been owned by a lieutenant. I’m guessing he built this bunker for his family to go inside when there was an air raid. The bunker itself was only small, and although it sits quite close to the house, it would have been much further away as the house had been extended quite a bit since ww2. I used a mixture of hand tools and power tools and decided to clear the bunker first, then seal it with specialist masonry sealant. I then built an escape ladder and folding escape hatch. Originally it was just an air vent, but that meant there was only one way in and out of the bunker. So with the escape ladder and hatch it means there are two ways to get in and out of the bunker. I build storage inside, and my Dad came along and helped build a folding bed. We also dug a sump hole to fit a pump so that if the bunker filled with rain water we could pump it out easily. Finally, I completely renovated the door as it looked like it had been left to the elements over decades. I used aluminium tread plate and bolts to secure it and protect it from the rain. Thanks for watching! Link to the full bunker series below:

My Bushcraft, Survival and Filming Gear (Amazon): https://www.amazon.com/shop/taoutdoors
These are amazon affiliate links