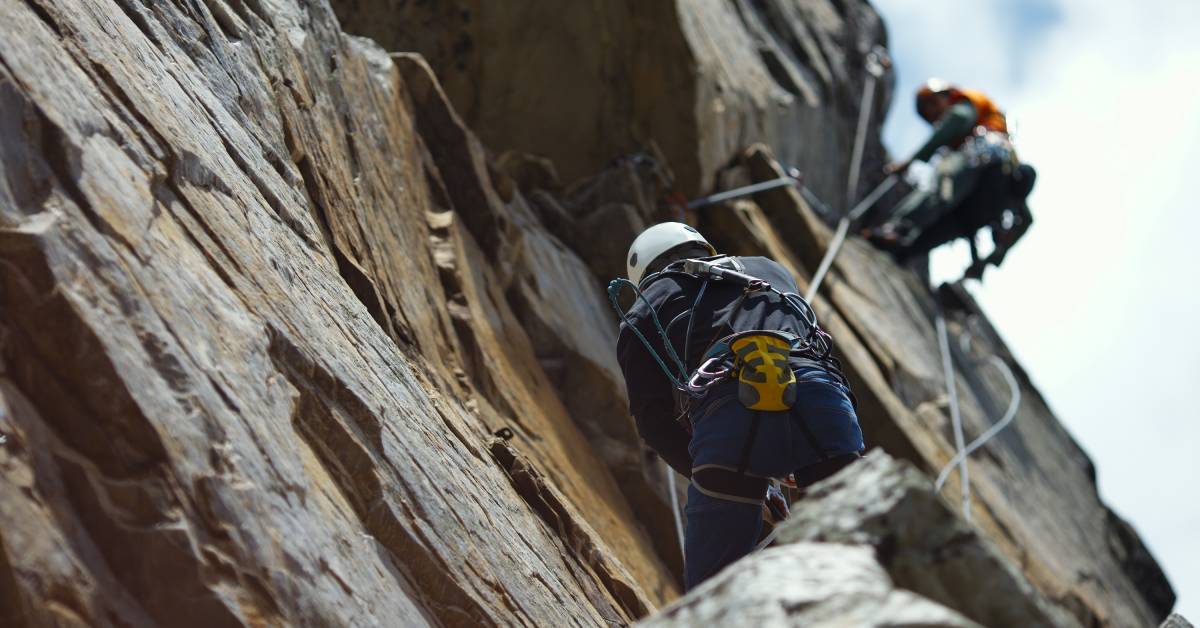 One man is suing a climbing guide and Canada’s mountain guide association for alleged ‘negligence and breach of contract’ that lead to a near-fatal climbing accident this summer.

In July 2021, Ian Manson of Whistler, B.C., planned to climb Mount Rogers in Glacier National Park. The 63-year-old mountaineer hired a local climbing guide with whom he could climb the peak’s multiple pitches.

According to a recent press release, the guide was belaying Manson from above when the guide tested a wobbly refrigerator-sized outcropping of rock. The test caused the rock to detach from the formation and fall past Manson, grazing him on the way down.

Upon seeing the rock graze Manson, the guide reportedly “let go of the rope causing the client to lose his balance falling backward. As the client fell, the rope paid out to its full length and then went tight pulling the guide off his belay stance, catapulting him into the air and down the face of the mountain.”

An account of the accident, as reported by Manson’s counsel at MacKenzie Fujisawa LLP, continues:

A helicopter team for Parks Canada rescued the climbers after the incident. Both were then airlifted to different hospitals. The extent of either man’s injuries is unknown.

On Nov. 9, 2021, legal counsel for Manson filed a notice of civil claim in the B.C. Supreme Court. In it, Manson seeks compensation from the guide and the ACMGA  for “general damages, special damages, and costs” resulting from the guide’s alleged negligence.

Can We Learn From This?

Currently, very little is known about the incident. Clarification of certain details might provide better insight and learning opportunities for the climbing community, including guides and guide associations.

Below is a list of information that we do not yet know. This is information that, if it becomes available, might help climbers, guides, and guide associations identify and address comparable shortcomings with their own protocols.

It’s possible that the climbing guide had built an anchor as per standard multi-pitch safety protocol, but that the anchor failed under the stress or angle of the fall. It is also possible that the guide was testing the fridge-sized rock’s stability because he was looking for a safe spot to build his belay anchor.

If that were the case, then climbing protocol would have required Manson to remain clipped into his anchor at the lower belay station until the guide had established an anchor above and clearly indicated that Manson could begin climbing.

GearJunkie reached out to Mr. Manson’s attorneys for clarification and comment but had not received a response at the time of press.

So what can you do to minimize safety risks while climbing? Adventure expert and climber Will Gadd has a few ideas. Check out Gadd’s short Ted Talk on managing risk in the wild below.

The Best Climbing Belay Devices of 2021

After months of testing, our avid rock climber and resident expert found the best climbing belay devices of 2021. Read more…