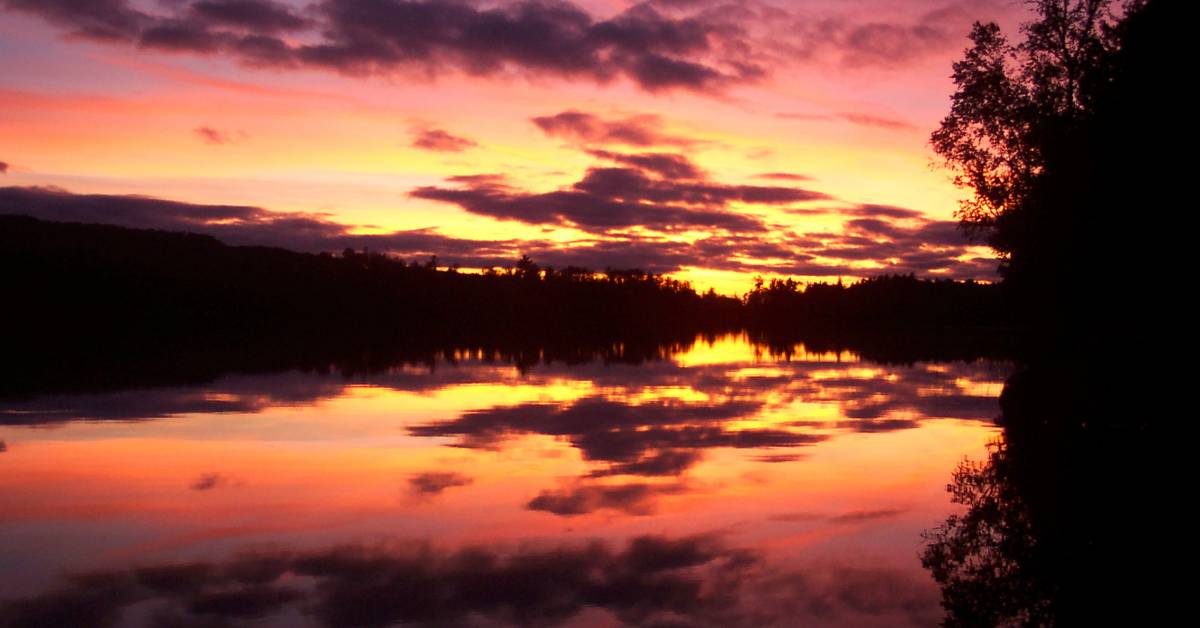 On Wednesday, the Biden administration dealt a significant blow to the proposed copper mine just upstream from the Boundary Waters Canoe Area Wilderness, the latest in its long history of controversy.

The watershed that feeds the most-visited wilderness area in the United States will not be the site of a major copper mine — at least for now.

For most of the last decade, Chilean-owned Twin Metals has lobbied to renew certain mining leases outside the Boundary Waters Canoe Area Wilderness (BWCAW). But after a lengthy federal review, the Department of Agriculture and the Department of the Interior filed an application for a “mineral withdrawal” in the area.

As of its acceptance by the Bureau of Land Management (BLM), the application will initiate a 2-year environmental review by the BLM and the U.S. Forest Service (USFS).

The directive will prohibit any new mining permits or leases in the area for 2 years (including Twin Metals’). And depending on the results of the BLM’s review, it could ban mining in the area for 20 years.

“A place like the Boundary Waters should be enjoyed by and protected for everyone, not only today but for future generations,” Interior Secretary Deb Haaland said.

“Today, the Biden Administration is taking an important and sensible step to ensure that we have all the science and the public input necessary to make informed decisions about how mining activities may impact this special place.”

The proposed $1.7 billion underground mine would be built along the shore of Birch Lake, some 7 miles southeast of Ely, Minn. The USFS review will focus on that location, just upstream of the BWCAW.

Notably, the order will not halt all mining in the area — activity will continue nearby on existing, valid leases. 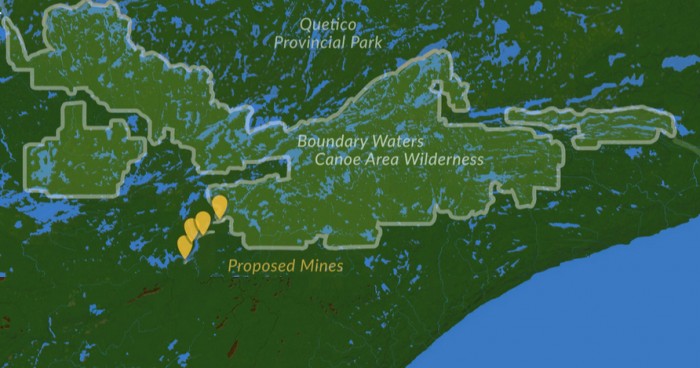 Twin Metals claimed that its design would keep the watershed safe from acid drainage and other forms of pollution. But environmentalists disputed the claims, and advocacy groups like Campaign to Save the Boundary Waters challenged the company in court.

The proposed mine would use sulfide-ore copper mining. According to CSBW, the method produces waste that leaches sulfuric acid, heavy metals, and sulfates into the surrounding air and water.

“The decision by the Biden administration is a significant setback for the proposed mine and the latest development in its long and contentious saga,” Twin Metals said in a statement, responding to the decision.

“Twin Metals Minnesota is deeply disappointed with the federal government’s action to initiate a mineral withdrawal study yet again on nearly 230,000 acres of land in northeast Minnesota, which sits on top of the world’s largest known undeveloped copper-nickel deposit.”

Twin Metals went on to say it was “working to determine the best path forward” to advancing the proposed mine.

A Half-Century of Controversy: Twin Metals and Mining in the Boundary Waters

Twin Metals first obtained the lease in question in 1966 — a decade before the BWCAW received its first significant environmental protections. Those protections, issued by Congress in 1978, still stand.

They direct the USFS to maintain the preserve’s water quality and minimize environmental impacts from mineral development “to the maximum extent possible.”

Twin Metals has never actively mined on the lease, though it has successfully renewed it multiple times and drilled core samples on the site.

In 2016, the lease came up for renewal against strident public opposition. According to an assessment by the Obama administration’s Department of the Interior, mining in the Boundary Waters “could have dramatic impacts to aquatic life, sport fisheries, and recreation-based uses and communities.”

More than 70,000 people donated money or signed petitions to halt the lease renewal, and a 30-day public comment period by the U.S. Forest Service drew 30,000 comments. 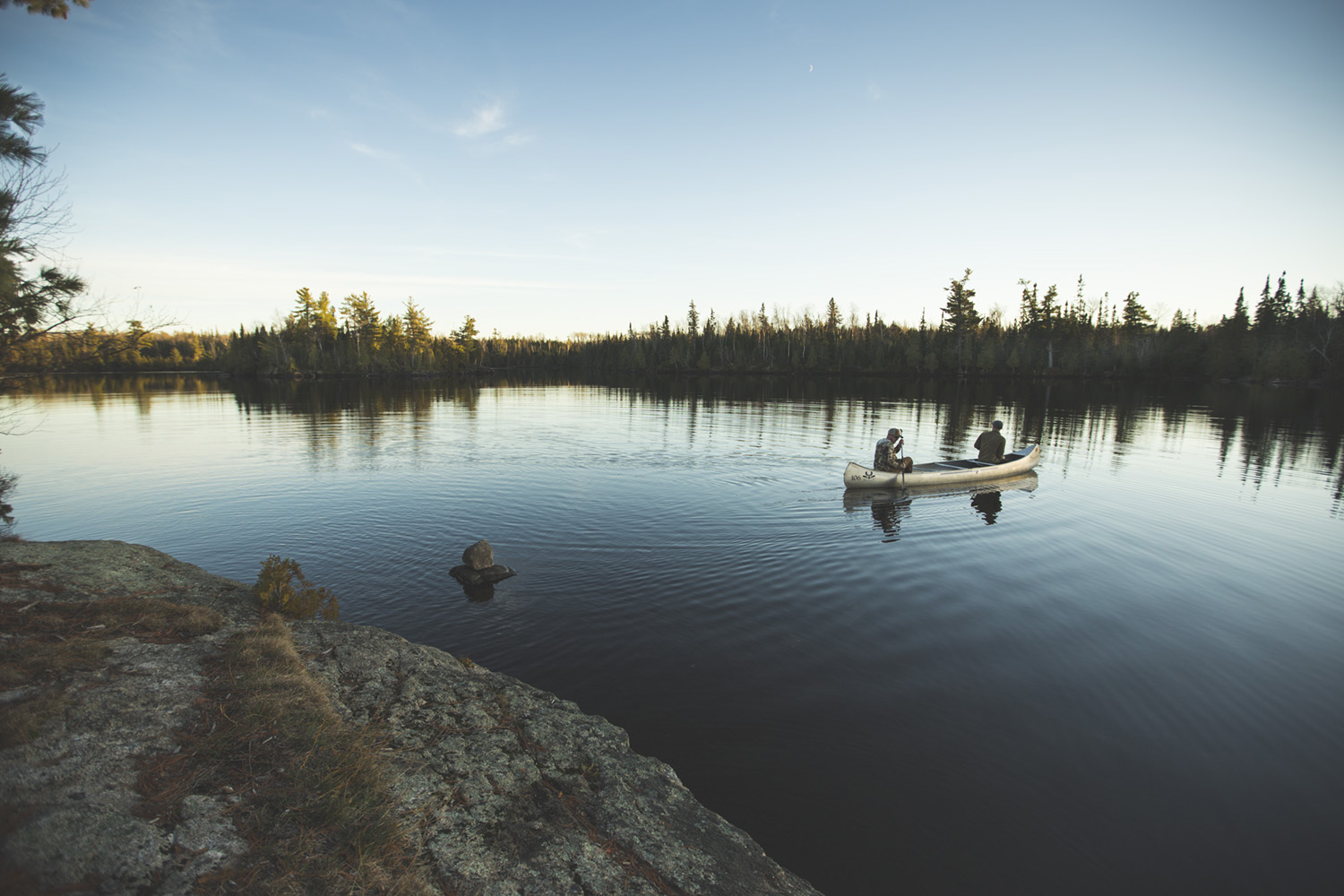 The DOI and Department of Agriculture denied the renewal. But in 2018, the new Trump-era DOI overturned the decision.

Secretary of the Interior Ryan Zinke approved lease renewals for Twin Metals and Polymet Mining despite previously implying that the BWCAW was “too precious to mine.”

The move outraged the local outdoor industry and community, sparking a lawsuit from advocacy group Northeastern Minnesotans for Wilderness. According to the USDA, the recreation industry the BWCAW supports generates around $100 million per year for the local economy.

Among other utilities, copper is critical to manufacturing batteries for electric vehicle engines, which require twice as much of the red metal as gas engines.

With the Twin Metals ban, the Biden administration will get another win with conservationists. However, one could interpret it as a concerning development in the administration’s vague policy toward trade with China and a hindrance to its plan to increase EV numbers.

Notably, one of the key decision-makers in the 2016 Twin Metals BWCAW ban is back in the driver’s seat this year. Tom Vilsack served as President Obama’s Agriculture Secretary from 2009 to 2017. In 2021, he returned to the post under Biden.

“I have asked the Forest Service to work with the Bureau of Land Management to complete a careful environmental analysis and engage the public on whether future mining should be authorized on any federal land adjacent to this spectacular and unique wilderness resource.”

Ultimately, Interior Secretary Haaland will decide whether to ban the Twin Metals mine or not. The potential 20-year moratorium is the maximum she can impose; only Congress can make it permanent.