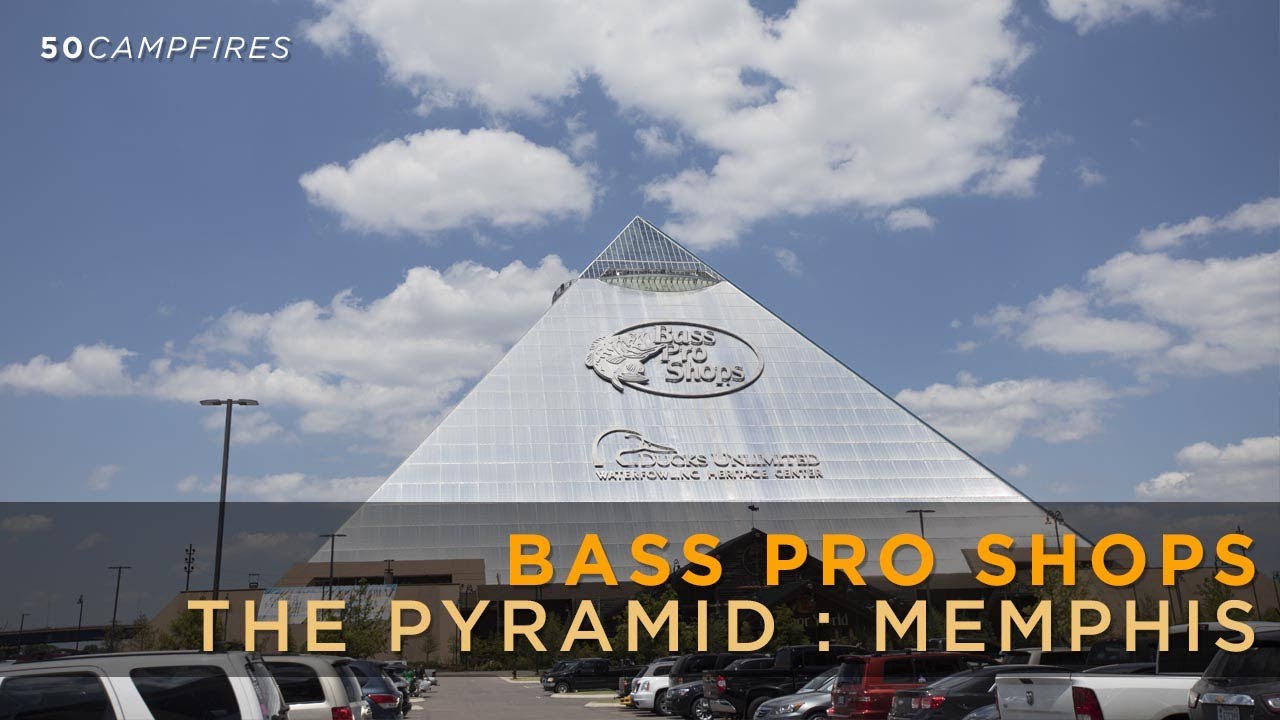 CAMPING TIPS
Share on Facebook
Share on Twitter
Share on Pinterest
Share on LinkedIn
We toured the Bass Pro Pyramid and it exceeded all expectations! Quick history of the pyramid (Wikipedia) – The Memphis Pyramid, initially known as the Great American Pyramid, formerly referred to as the Pyramid Arena and locally referred to as The Pyramid, was originally built as a 20,142-seat arena located in downtown Memphis, in the U.S. state of Tennessee, at the banks of the Mississippi River. The facility was built in 1991 and was originally owned and operated jointly by the city of Memphis and Shelby County; Shelby County sold its share to Memphis in April 2009. Its structure plays on the city’s namesake in Egypt, known for its ancient pyramids. It is 321 feet (98 m) (about 32 stories) tall and has base sides of 591 feet (180 m); it is by some measures the tenth-tallest pyramid in the world.

The Memphis Pyramid has not been regularly used as a sports or entertainment venue since 2004. In 2015, the Pyramid re-opened as a Bass Pro Shops “megastore”, which includes shopping, a hotel, restaurants, a bowling alley, and an archery range, with an outdoor observation deck adjacent to its apex.

For more tips, tricks, recipes, gear reviews and more – visit us at: http://www.50Campfires.com

We’d love to have you join us over on Facebook as well: http://www.facebook.com/50Campfires