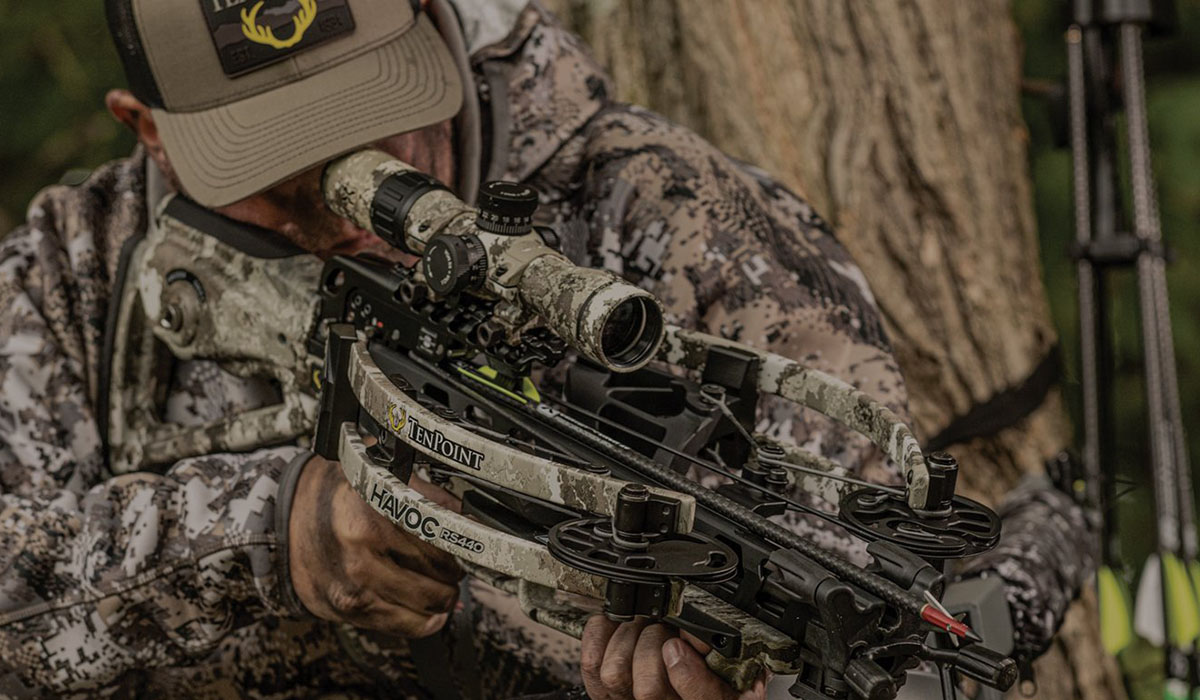 Every year, the crossbow manufacturers try to outdo the competition with new bows that address the common areas of technology – speed and accuracy. The evolution of crossbow technology has taken huge leaps in recent years, with bows becoming faster, more compact and quieter every year. Whether you’re new to crossbows or a seasoned crossbow shooter, now is a great time to get into some of the best crossbows available. We’ve assembled what we feel are the five best crossbows you can buy right now.

With so many great crossbows coming out in the last few months, I had to make some changes. While to title of this story remains “Five of the Best Crossbows You Can Buy,” I’ve actually added more, so you get some bonus picks! Is this the end-all, be-all list of crossbows? Nope, not even close. But this list does include some of the best crossbows you can buy right now, and at several price points. If it’s one thing I’ve learned over the years – you don’t always have to spend the most to get the quality you want.

When accuracy counts above all, this is simply amazing.

Ten Point took their top crossbow and added the most advanced sight technology to date with the Garmin Xero X1i. The result is the most accurate crossbow on the market. At the core of the package is the Vapor RS470, which sends a bolt screaming along at 470fps with a stunning 191 foot/lbs. of kinetic energy. It operates with Ten Point’s S1 trigger system that has a consistent 3.5lb. Pull and zero creep, making it easier to focus on your target and improve your accuracy. Reverse draw design and the Accu-Slide cocking aid give you a 6.5-inch width when cocked and 5lbs. Of force needed to cock the bow. Plus the Accu-Slide system allows for easy de-cocking, too, making it easier to come out of the woods after the hunt.

But speed means nothing if you can’t hot exactly where you need too. That’s where the Garmin Xero X1i scope comes into play. It has a built-in laser rangefinder and a digital crosshair that adjust for the range. The result is unparalleled accuracy. Yes, it’s pricey technology, but when you are taking a shot at the buck of your dreams, the cost seems insignificant.

Pros/Extreme speed and accuracy, along with the ability to easily cock and de-cock the bow.

Cons/The price makes this for serious shooters only.

Bottom Line/Currently the most accurate crossbow on the market.

In this case, speed doesn’t come at a cost

Killer Instinct did something really cool with their new Burner 415 bow. They gave the customer speed, with 415 feet per second bolt speed, and did so under $300! It’s nice to see a bow that gives you the fast bolt speed you want, but in a bow that doesn’t absolutely drain the bank account. That speed gives you 141 ft/lbs. of energy, giving this bow some serious thump. Then you add in the 3.5lb. trigger pull that helps make taking the shot smoother. It also comes with an adjustable stock and Killer’s Dead Silent Kit for noise dampening. But as they say – Wait, there’s more! It also comes with a sweet LUMIX 4x32mm IR-W scope, 3-arrow quiver, 3 HYPR Lite arrows with field tips, rope cocker and rail lube – All for under $300. Really! I’m telling you the truth!

Bottom Line/This is a, dare I say it, killer deal on a Killer bow with speed and accessories along with quality. It is the budget beater for sure.

If there is one company that pushed the envelope of crossbow technology, it is Ravin. The company broke barriers for speed with bows that were long and lean, and now they do the same with one of the most compact crossbows ever to hit the market. The 29X has a tight 6-inch axle-to-axle width when cocked and a speed of 450fps. The bullpup design makes this one of the shortest full-size crossbows ever. Their Helicoil technology makes the bolt float, with little contact with the rail, for optimal flight and reduced friction, making the bow last longer. The built-in cocking mechanism is silent, making this a great bow for ground hunting, as well as in the stand.

Cons/Again, that price is a little tough to swallow.

Bottom Line/If you need compact size and speed combined, this is it!

One of the first crossbows I ever tested out was a monster. It was fast, but man the thing was just huge! It was long, wide and heavy, which made getting the shot off a bit of a struggle. Now, we have sweet, ultra compact crossbows, like the Axe AX405.

It uses a shoot-through stock and riser design and reverse limb system, making for a  27-3/4″-long crossbow that shoots at 405fps. That’s awesome, especially for folks who hunt from a ground blind. Heck it’s only  10 inches from axle-to-axle when cocked.  It has an excellent, 3.7-lb., zero-creep, 2-stage sliding trigger system with automatic safety. There is an integrated cocking system that takes the work out of cocking, as well as offering a safe decocking feature.

Pros/Compact and fast with great balance

Cons/Having that many fast-moving parts so close to your face takes a little getting used it.

Bottom Line/One of the more compact, fast crossbows you’re going to find. Give them a look!

If you miss, you have a second chance.

One thing modern crossbows have not been able to offer is a quick, second shot. That all changes with the Excalibur TwinStrike. This is one of the most talked about crossbows on the market. Excalibur’s DualFire Technology lets you load up to two arrows at one time, and shoot them rapidly with absolutely no loss in velocity or accuracy. This recurve crossbow shoots arrows up to 360 FPS with two independent triggers with 4-lbs. of pull. This crossbow has an over/Under rail system with shoot through riser and the CeaseFire ADF system ensures the crossbow won’t fire unless an arrow is loaded. The TwinStrike includes accessory package that sets you up right with Overwatch illuminated scope, Charger EXT / fail safe strap, R.E.D.S. Suppressors, DualFire Decocking Aid, Rebolt 4 arrow quiver, (4) quill arrows with Rhino nocks, and (4) 100-grain field points.

Cons/Check your local regulations for legality for hunting

Wicked Ridge started off as a less-expensive alternative brand for Ten Point, but has taken on a life of its own as a premier brand of crossbow that brings value along with technology. The RDX400 has a reverse-draw for a compact design mixed with speed and versatility. It has Ten Point’s Pro View scope, string stops, a 400fps speed and the Accu-Draw Pro Cocking system for swift, effortless cocking. The RDX400 has what Wicked Ridge was known best for too – a great price. At under $900 for the Accu-Draw Pro model, this is one of the best performing reverse draw crossbows you’ll find in this price range

Cons/It’s still pricey, but you get a high-quality bow

Bottom Line/A great bow for the money, as you’d expect from Wicked Ridge.

Wicked Ridge calls this the lowest-priced, American-made crossbow – ever.

By now, you know that Wicked Ridge crossbows are a near-perfect balance of quality and value. When the company claims that a new bow is the lowest priced bow you’ll find that is American made, that sounds pretty interesting. The Wicked Ridge Blackhawk 360 crossbow  comes in under $400 and packs a lot of features that make it the perfect crossbow for those new to the sport. It is made of quality components and shoots arrows up to 360 FPS. It features a lightweight, hard-hitting design that’s great for whitetails and other big game. The BlackHawk 360 package includes accessory package with multi-line scope, (3) XX75 arrows, quiver, and rope cocking device.

Pros/Great bow for the money.

Cons/Nothing fancy, but that’s kind of the point.

Crossbows are always pushing the speed barrier, with the latest bows reaching the 500 feet per second range. Those ratings are calculated under near perfect conditions, which affects what you will see in the field. Bolt selection, wind speed, temperature and what you choose for a broadhead can affect the actual speed you will experience in the field when it comes time to take the shot.

How much speed do you need? That’s an answer that open to interpretation. There are a couple of factors that go into deciding on the speed you need, or I should say, want. A faster bow will produce more kinetic energy, so you get more thump. I’m a big fan of thump.

Crossbows are generally louder than vertical bows. You can’t get around it either, because there is more mechanics involved with a crossbow, and that much energy being released from a confined space, with today’s shorter, compact bows – well, let’s just say it creates noise. It creates a weird trade off. You go for more speed to combat the effect the noise has upon taking the shot, but generally speaking, the faster the bow, the more chance for noise.

One friend said that the faster the bolt flies, it just means it’ll be that much further in the dirt on the other side. Something to ponder, for sure. 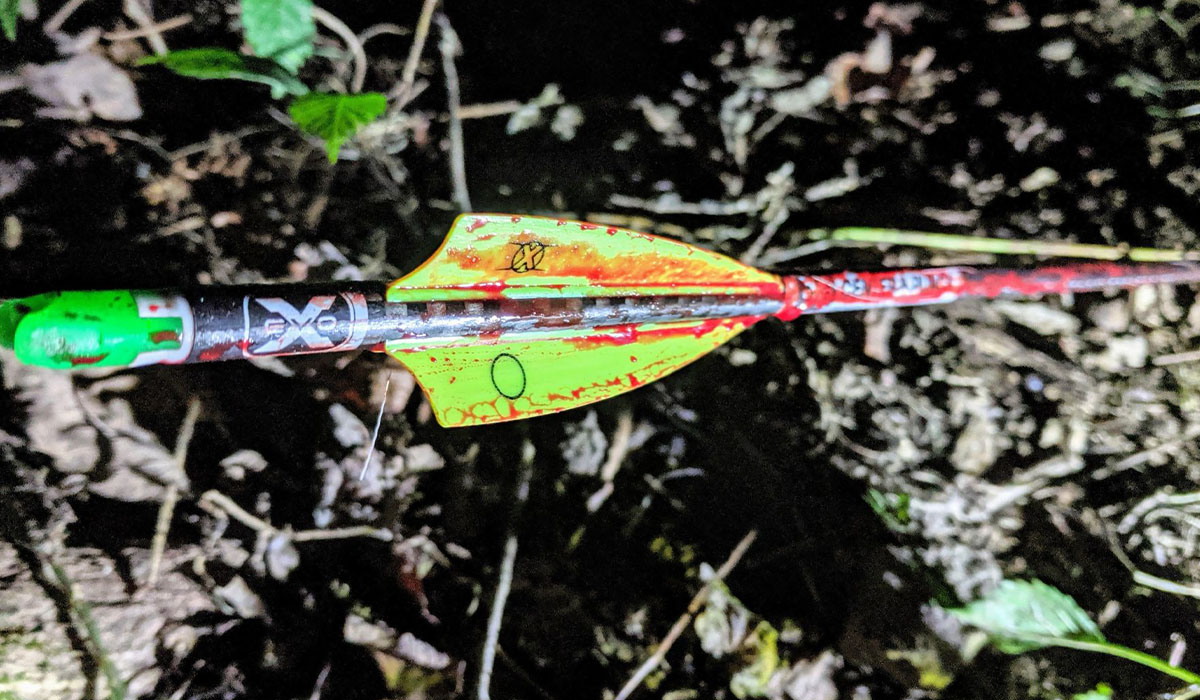 A relative of my wife bought himself a fancy new crossbow and was excited to shoot it for the first time. He now has a thumb without a nail and it’s not really all there so much. Yeah, he has the dreaded Crossbow Thumb. Here are some safety tips for you to ponder regarding crossbows.

How important is speed?

Speed gives you a little more range, and helps make shots on game. However, speed means very little if you’re not accurate, so practice makes perfect.

What is a crossbow’s range?

With the speeds of modern crossbows, the effective range is getting bigger. However, most archers wouldn’t consider a shot past 30-40 yards. Again, practice is key.

How long will a crossbow last?

With proper care, which includes waxing the strings and keeping everything cleaned and lubricated, a crossbow can last for many years. Many cary lifetime warranties, too.

Derrek Sigler has been a professional outdoor writer for more than two decades since earning his Master’s Degree in creative writing with a thesis about fishing humor. But if you ask anyone that knows him, he’s been telling fishin’ stories since he was old enough to hold a pole. He has written for Cabela’s and served as editorial director for Gun Digest books. Over the years, he has also written for Petersen’s Hunting, North American Whitetail Magazine, Wildfowl, Grand View Media, and has worked with Bass Pro Shops, Hard Core Brands and Bone Collector. Successful Farming had him write for their magazine and he has appeared on their TV show to discuss hunting and ATVs on multiple occasions. He writes about the things he loves – hunting, fishing, camping, trucks, ATVs, boating, snowmobiles and the outdoor lifestyle he enjoys with his family in their home state of Michigan and more as they adventure around North America.

We are committed to finding, researching, and recommending the best products. We earn commissions from purchases you make using the retail links in our product reviews. Learn more about how this works.

Camping Tips: Foam Tiles On Your Tent Floor
5.11 Tactical Announces New Products for 2023
Photo Of The Day By Kathy Ritter
The Slip Knot – My Favorite Knot – How to Tie and How to Use
BioLite NanoGrid Lantern Review – 50 Campfires