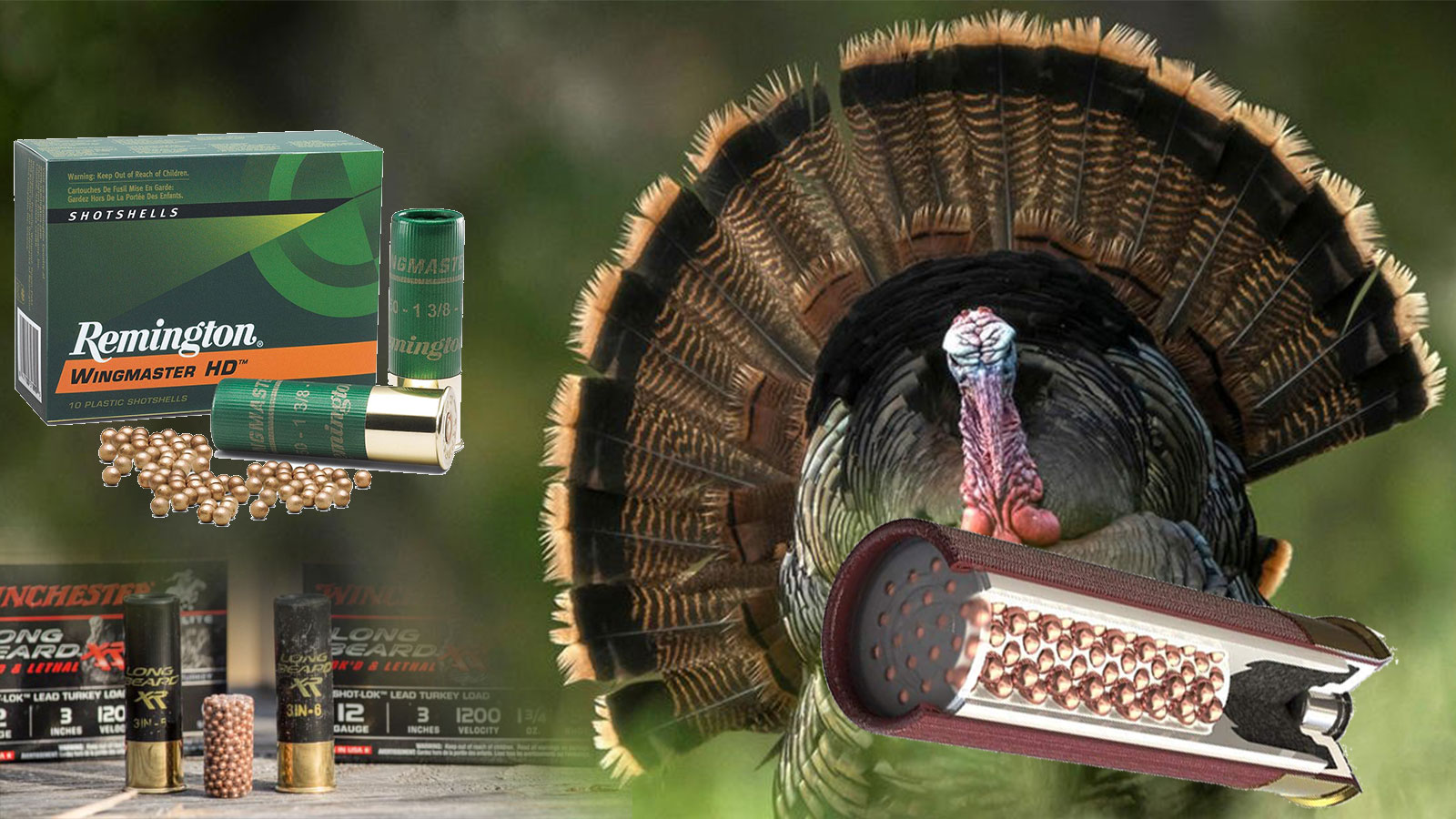 Turkey season may be over in many parts of the country but it’s never too early to start getting your rig for next year ready. While a lot of companies have been releasing new shotguns, camouflage, blinds, calls, and rangefinders for hunting season, only a few new loads have shown up on the market for shotguns and most of them have been mostly geared towards smaller birds.  Turkey Hunting is somewhat of a complex sport and requires more than just your standard birdshot to take down large toms. Solid hunting loads need to be effective at a variety of ranges including up close (less than 15-yards) and much further away (40-yards). Turkey loads also need to cycle reliably in your shotgun, have a predictable pattern, and most importantly, drop your target. With recent advances in shotgun ammunition technology, your reach with your shotgun can be extended much further than previously thought and today we’ll take a look at 5 of the best Turkey Hunting loads to try out before next spring. 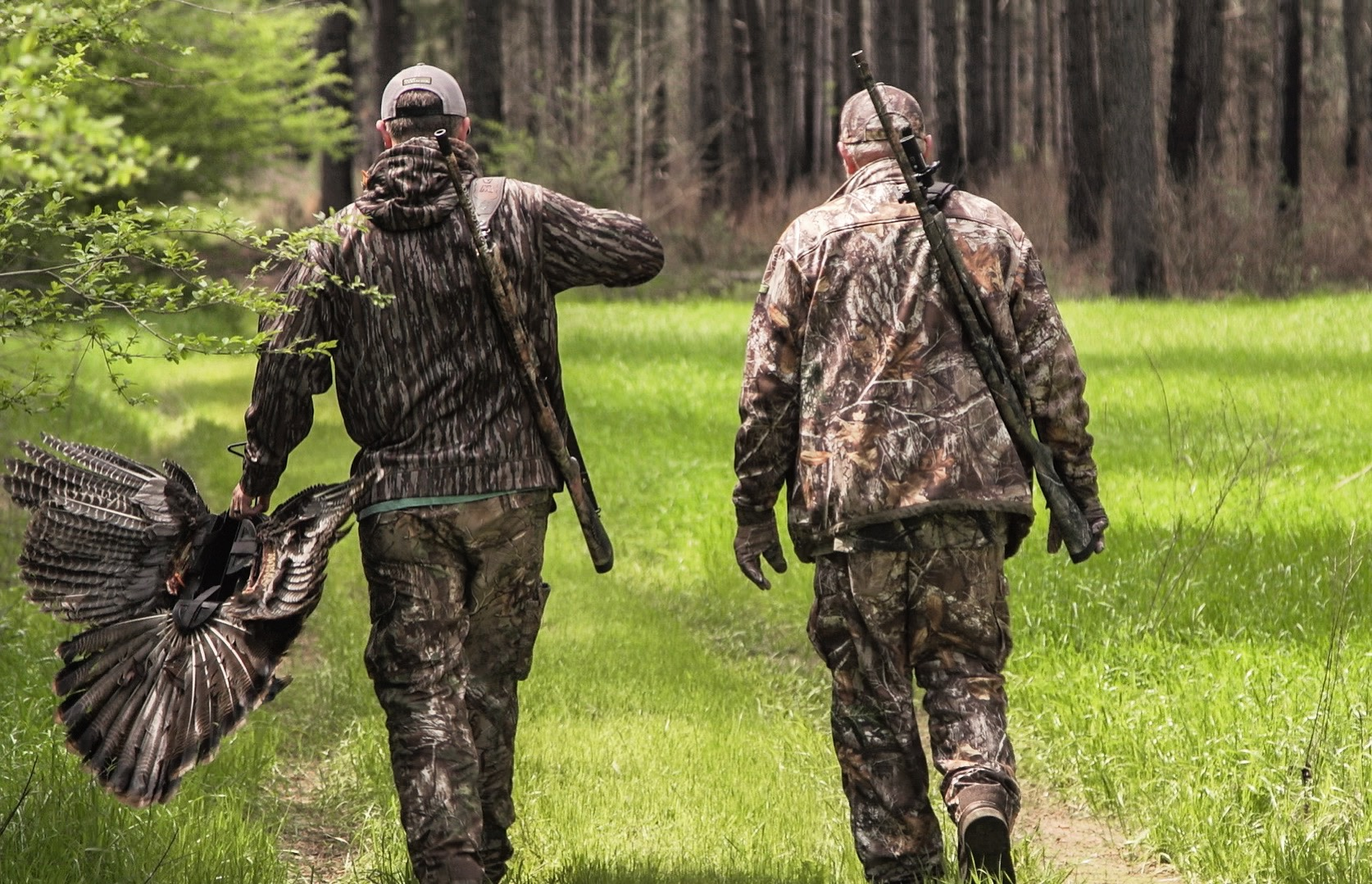 Remington Nitro Turkey is one of the tried and true turkey hunting loads that is currently on the market. Available for both 20-gauge and 12-gauge bores, the load features 1 7/8 oz of lead shot traveling at either 1,210-fps or 1,300-fps. The shot is also available in shot sizes ranging from 6 all the way up to #4 meaning you’ll have a greater selection of shot size depending on your local turkeys. Remington Nitro Turkey is also one of the most affordable loads currently on the market making it more affordable to pattern with a new shotgun or choke.

Pros/Affordable with a wide variety of shot sizes

When it comes to Turkeys, how much lead you’re putting downfield and how fast is the biggest concern right next to your load’s accuracy. Hevi Shot by their namesake makes some of the best heavy-hitting loads by providing the shooter with 2 ounces of shot in their Magnum lineup. Hevi Shot Magnum is well known for having a large lethal cone at nearly any range by virtue of their mixed shot size loads that allow you to strike at toms at greater ranges or up close if they end up sneaking up on you.

Pros/Works at nearly any range

Bottom Line/If you what devastating capabilities at any range and don’t mind the price, this should be a top pick for next spring

In some parts of the country, turkeys tend to keep their distance from your selected hunting spot and blinds will only get you so close. For those situations when you’re at a healthy distance from your selected bird, Winchester Long Beard XR has a claimed 10-inch pattern circle at 60-yards. Winchester claims that the Long Beard XR has the tightest patterns and longest shot capability of any traditional turkey load in history and it does this without being too expensive and provides you with a couple of different options as far as shot selection, load weight, and shot size goes.

Cons/According to some reviews, does not function well in certain shotguns

One Load. Any Range

Federal has combined their Flitecontrol flex wads with their heavyweight TSS extra dense shot to create a truly versatile Turkey hunting load that works at almost any range. Lots of independent testing has been done with Federal’s 3rd degree hunting loads and from close range out to ranges of 40-yards or more the 3rd degree has remained a lethal load although it may be better just a hair bit at the close-range game. Despite this, Federal makes the 3rd Degree available in a variety of shot sizes but it is limited to 3-inch shells and only 1 3/4 shot weights.

Trusted by Generations of Turkey Hunters

One of the oldest names in the hunting ammunition industry is Winchesters Double X lineup of hunting ammo. Their Double X turkey load is one of the most consistent, and heavy-hitting loads on the market that still remains affordable to this day. Each shot will only set you back about $3 compared to five or seven dollars per shot and this makes filling your tag for the spring much more affordable while still giving you all the advantages that a 3-1/2 magnum turkey load can give you. The Double X turkey hunting load throws out 2 ounces of #4 shot ad a lightning-fast 1,300 fps and keeps a tight pattern out to traditional distances

What ammo do you use for turkey hunting?

Generally you’ll want to use a 2 and 3/4inch or 3-inch magnum turkey hunting load. This should be more than enough to reach out to what many consider to be the maximum turkey hunting distance and proper turkey hunting loads with the proper chokes can produce a nice tight pattern that will ensure a clean kill. There are many varieties of shot available to you depending on your shotgun’s bore so it’s best to test out any new ammo on a shotgun patterning board before you go hunting with it.

What types of Chokes are best for Turkey Hunting?

It is almost universally agreed upon that a full choke is the best option for turkey hunting. Not only will a full choke keep your shot pattern tight out to greater distances, it also has the added benefit of making sure you don’t accidentally involve other turkeys in the kill and possibly end up with a fine for accidentally killing a tom you don’t have a tag for. As a good rule of thumb, you should use a choke that has no fewer than 100 pellets at 100-yards on a shotgun patterning board.

Can you hunt turkey with a 410 bore shotgun?

If you had asked me this question 10 years ago I would have thought you were crazy for asking but the fact of the matter is that it’s entirely possible for you to hunt turkey now with even a 410 bore shotgun. With new offerings like Federal’s TSS tungsten shotgun loads, you can effectively reach out to about 30 or 40-yards without issue. However, you should be acutely aware of your shotgun’s capabilities as well as your ammo’s and your own – Try it out at shorter distances before you try reaching out to “traditional” distances.

We are committed to finding, researching, and recommending the best products. We earn commissions from purchases you make using the retail links in our product reviews. Learn more about how this works.